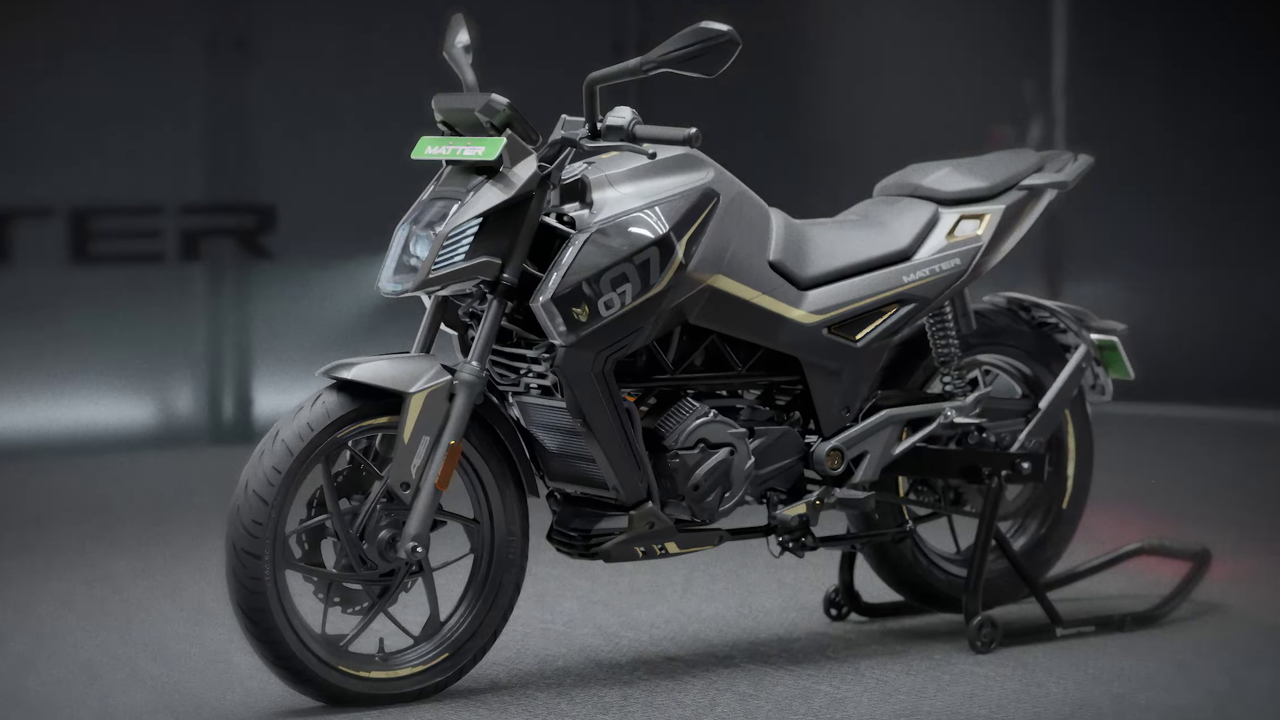 Matter's e-bike claims to have a range of 125 to 150 kilometres on a single charge.

Matter Energy has pulled the covers off its one-of-a-kind e-bike. The name and the pricing of the bike, however, are currently a secret. What we know so far is that India’s first geared electric bike packs in an IP67-rated 5.0 kWh liquid-cooled battery pack. The electric street naked-style motorcycle claims to have a 14bhp liquid-cooled electric motor, generating 520Nm. Additionally, the bike comes with a dual cradle frame and front and rear disc brakes with ABS, along with a four-speed gearbox, which is a first in India for an electric bike. There will be three riding modes on the bike, although their names have been kept a secret.

The electric bike has a sharp muscular design, not unlike a classic naked streetfighter. It gets full LED lighting and auto-cancelling indicators. Other features include split seats, higher clip-on handlebars, and a split grab rail for the pillion passenger. The bike is available in four colour options – black, red, neon, and blue.

The e-bike features a 7-inch touchscreen, which displays information such as riding modes, navigation, and media controls and comes with Android and 4G connectivity. An attached smartphone application aids users to manage remote lock/unlock, geofencing, live position tracking, and vehicle health monitoring. The e-bike has a proximity-based key fob, which assists in keyless operation.

Bookings for the bike will commence in the first quarter of 2023, and its price will be revealed during the same time. Deliveries for the e-bike are anticipated to begin in April 2023. The electric bike will be introduced at the upcoming Auto Expo and will be available in three variants.