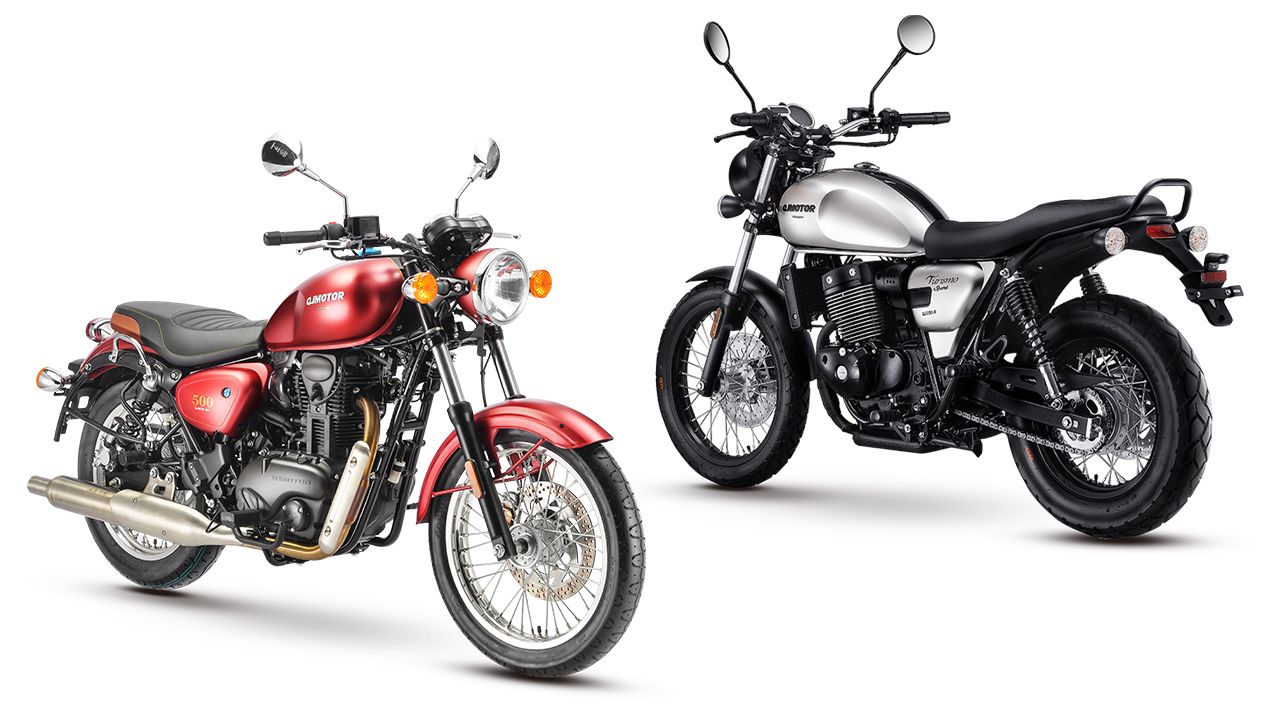 The brand plans to deliver all the upcoming motorcycles in the line-up through the CKD route.

A quartet of motorcycles from China-based manufacturer, QJ Motor, will soon hit the Indian market. The firm will work in collaboration with Adishwar Auto, which currently offers models from Keeway, Zontes, Moto Morini, and Benelli under the Moto Vault brand in India. The new entrants, which include the SRC 250, SRC 500, SRV 300, and SRK 400, will have capacities ranging between 250cc and 500cc. So, let's have a quick look at what these brand-new bikes bring to the table.

The smallest model in the line-up, the SRC 250, has a vintage appearance. It features a round headlight, a single instrument pod, and a single seat with a tubular grab rail. It is equipped with a 249cc twin-cylinder engine, which produces 17.5bhp and 16.5Nm and is coupled with a five-speed transmission. The SRC 250's hardware includes twin rear springs, a 280mm front disc, and a 240mm rear disc.

The SRC 500 is underpinned by the same platform as the Benelli Imperiale 400, which is an upgrade over the SRC 250. A single-cylinder 480cc long-stroke engine, with 25.5bhp and 36Nm, powers the vehicle and is coupled to a five-speed transmission. Most of the hardware, along with the overall layout,  is also the same as those of the Imperiale 400.

The 296cc V-twin engine of the SRV 300, a contemporary cruiser, is similar to that of the Keeway V302C. Around 30bhp and 26Nm of maximum torque are produced by this motorcycle at 5,000rpm. Blacked-out components and sharp graphics add to its modern appearance. It also has trendy features, which include an LCD instrument cluster, USD front forks, and a full-LED lighting system.

With powerful chassis matched by updated features and high-end hardware, the SRK 400 is a naked street bike, which sports a classic streetfighter look. It is propelled by a 400cc liquid-cooled parallel-twin engine, which produces 41bhp and 37Nm of torque. Some of its features include a TFT screen, split seats, all-LED lighting, USD front forks, and an offset mono-shock at the back.

The company is likely to reveal more details regarding the prices and bookings of these models in the coming days.