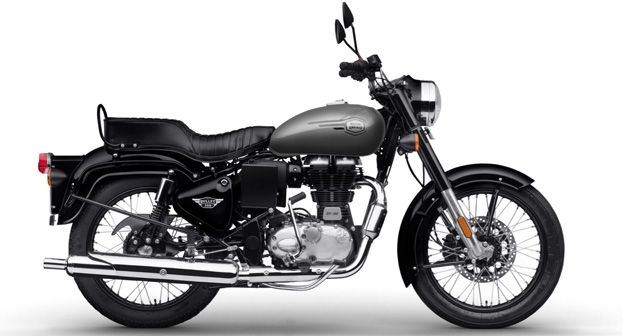 Less than a week ago we reported that Royal Enfield has discontinued the sale of the Bullet Trials 350 and 500. While the Chennai-based bikemaker took the BS-VI update as an opportunity to not continue with the Trials, which wasn't quite bringing the desired numbers for the brand, it has launched an updated BS-VI iteration of the popular Bullet. Priced starting at Rs 1.21 lakh for the standard variant, it continues to be the most affordable Royal Enfield on sale. The Bullet 350 has been launched in three trims – Standard, Standard X and ES. The Standard X and the ES have been priced at Rs 1.28 lakh and Rs 1.37 lakh, respectively. All prices ex-showroom.

At the heart, the Bullet 350 is powered by a 346cc single-cylinder air-cooled fuel-injected motor that pushes out 19.1bhp and 28Nm. The engine comes paired with a 5-speed transmission. Suspension duties continue to be performed by 35mm telescopic forks at the front and 5-step adjustable twin shocks at the rear. Braking power comes from a 280mm disc at the front and a 153mm drum setup at the rear. Both variants of the Bullet 350 get a single-channel ABS.

In terms of design, the BS-VI Bullet 350 remains unchanged. The Standard variant comes with four-colour options – forest green, black (both of which get a golden pinstripe on the fuel tank), bullet silver, and onyx black. The ES variant comes with regal red, royal blue, and jet black. None of the colours available on the Standard trim will be seen on the ES.