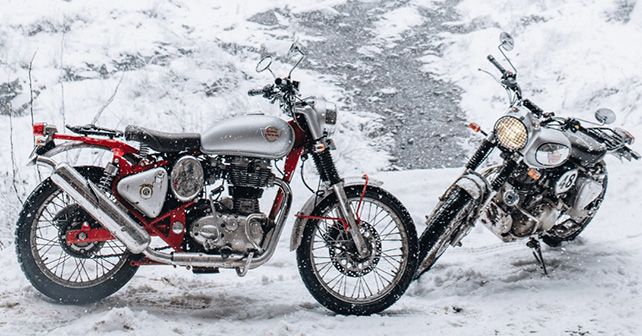 Just a year after the launch, Royal Enfield has pulled the plug on both the variants of the Bullet Trials – the 350 and 500. Both these motorcycles were not updated to meet the upcoming BS-VI norms

Exactly a year after the introduction of the Bullet Trials 350 and 500, Royal Enfield was forced to pull the plug on the bikes. Both these motorcycles didn’t quite shake up the sales charts as much as the Chennai-based bikemaker would have liked. The Bullet Trials have been pulled off from the brand’s official website and will not get the BS-VI update either. The rest of the Royal Enfield line-up, however, has been updated to meet the upcoming emission norms.

Coming back to the Bullet Trials, the motorcycle shared a lot of its parts with the Bullet but came with some modifications like an upswept exhaust, larger wheels, dual-purpose tyres, and unique paint schemes. The Trials also came with a factory fitted luggage rack. Although Royal Enfield managed to nail the overall look, the bike just wasn’t as capable as its appearance suggested. Underneath, the Bullet Trials had the same engine as the standard Bullet. More importantly, it didn’t sport a longer travel suspension but instead had the same setup as the Bullet.

The Royal Enfield Bullet Trials 350 was powered by a 346cc single-cylinder motor that was good for 20 horses and 28Nm. The larger Trials 500, on the other hand, pushed out 27.2bhp and 41.3Nm. Both engines came paired with a 5-speed transmission. At the time of launch, the Royal Enfield Bullet Trials 350 and 500 were priced at Rs 1.62 lakh and Rs 2.07 lakh, respectively.