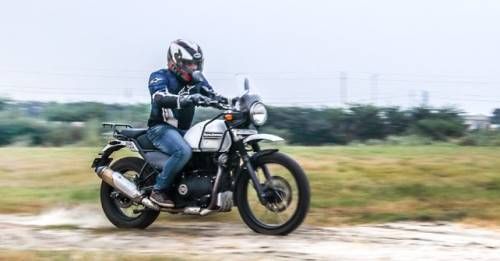 Royal Enfield has hiked the prices of their bikes as they have upgraded their entire range of motorcycles to meet the Bharat Stage 4 emission norms.

As April 1, 2017 marks the deadline for all two wheeler manufacturers to comply with BSIV emission norms in India, Royal Enfield have announced that their entire range of motorcycle now comply with the new norms that are to be enforced soon.

Additionally, Royal Enfield has also introduced Auto Headlamp On (AHO) feature to the entire range of bikes. However, the Euro 4 compliant bikes in the UK will get ABS and fuel injection as standard, changes for the Indian market are yet to be confirmed by the manufacturer. The Electra, Classic and Bullet range will continue to get front disc and rear drum brake setup. Though the Himalayan and the Royal Enfield Continental GT will get disc brakes at the front and rear as standard.

Royal Enfield has also hiked the prices of their range by around Rs. 3,000 to 4,000, due to the addition of AHO feature and BSIV compliance. This makes their range of bikes being priced starting from Rs. 1.27 lakh form the Electra 350. The Continental GT tops the range with a price tag of Rs. 2.05 lakh (all prices are ex-showroom, Delhi).