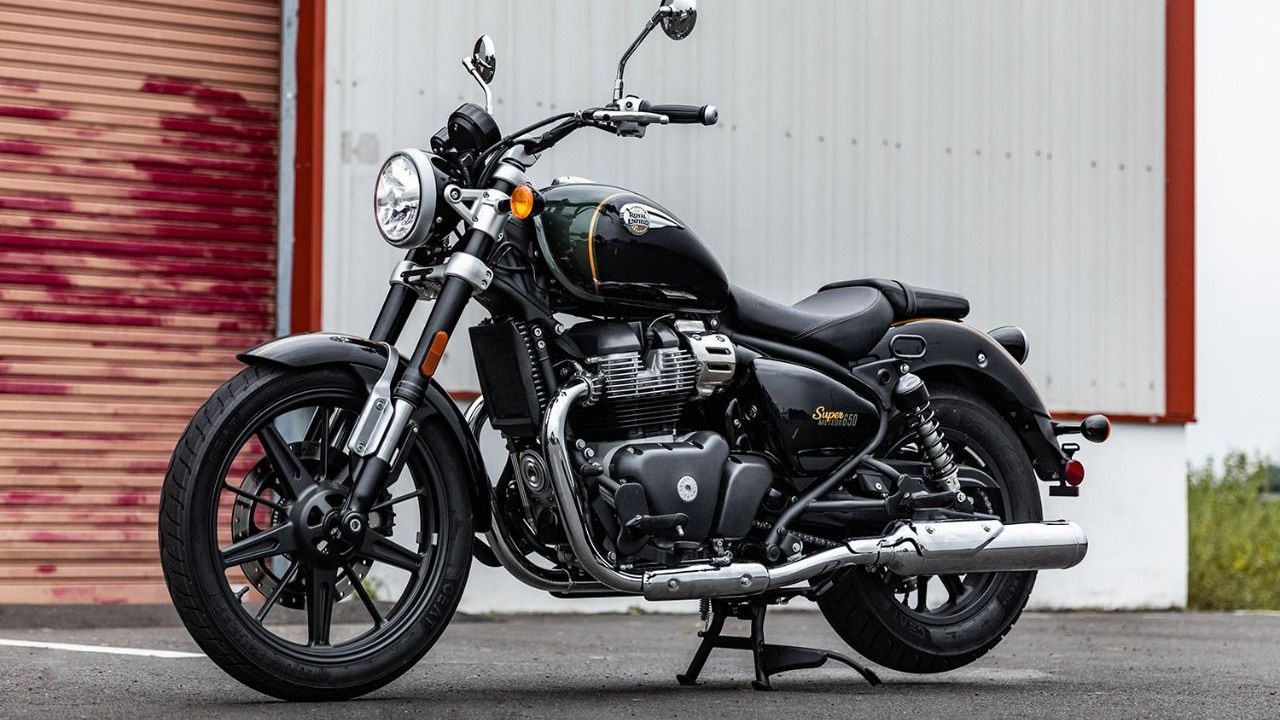 Similar to the Interceptor 650 and Continental GT 650, the Super Meteor 650 is powered by a 648cc parallel-twin oil/air-cooled engine with a six-speed transmission. The head and the side panels have seen minor alterations, though. They feature a slight makeover and a matte black finish. The bike has a maximum power output of 47bhp at 7,250rpm and a maximum torque output of 52Nm at 5,650rpm. 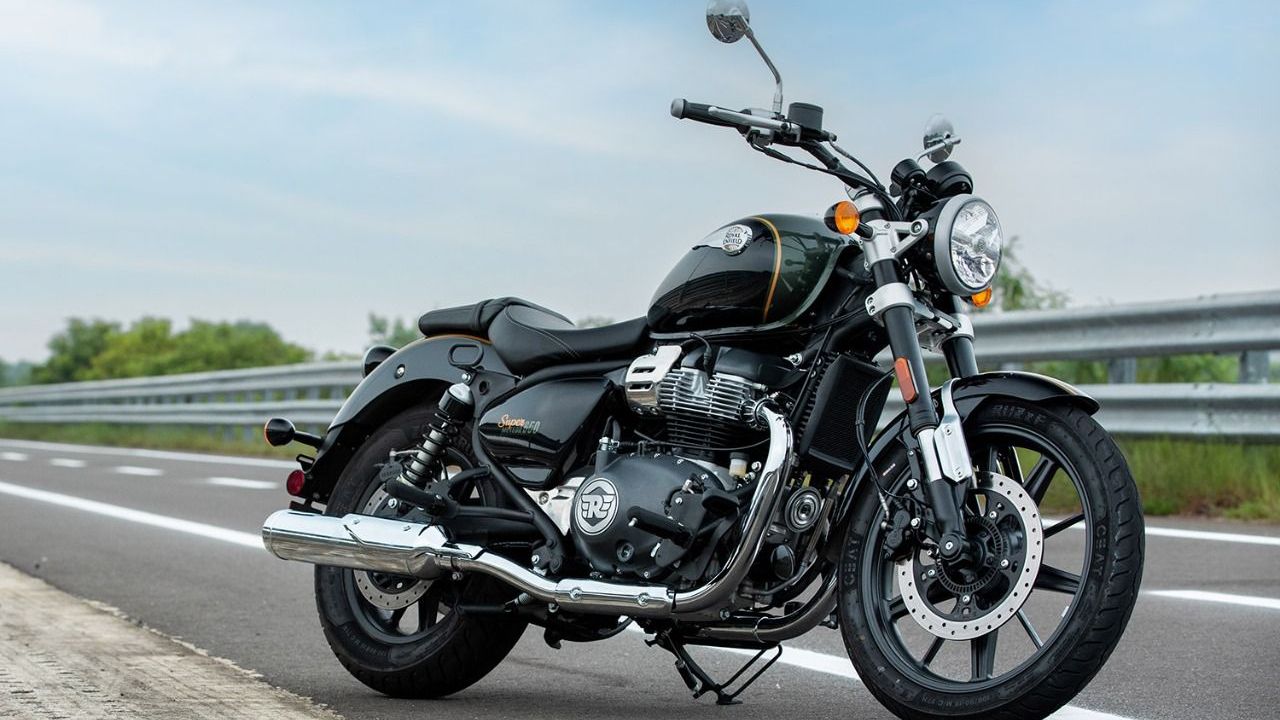 The Super Meteor has all the hallmarks of a classic cruiser, including a two-piece scalloped seat without grabrails, a teardrop-shaped fuel tank, a fender for the rear tyre, a circular LED headlight, a first for any RE motorcycle, and a taillight. It also has an upright riding position and a retro design. The Meteor 350, which now appears to be a smaller version of the Super Meteor, served as the design's main source of inspiration.

The cruiser's chassis is made of a steel tubular spine frame that is supported at the front and back by 43mm upside-down forks and twin gas-charged shock absorbers, respectively. The Super Meteor's braking system consists of a 320mm front disc and a 300mm rear disc. Furthermore, dual-channel ABS is standard on the bike.

The Super Meteor 650 adds the RE Tripper pod, which debuted on the Meteor 350, as well as an offset circular instrument console to its list of features. With the exception of the tail lamp receiving a light surround, subsequent Royal Enfield models share the design of the round rear lights and rearview mirrors. Moreover, the twin exhaust is clearly apparent. 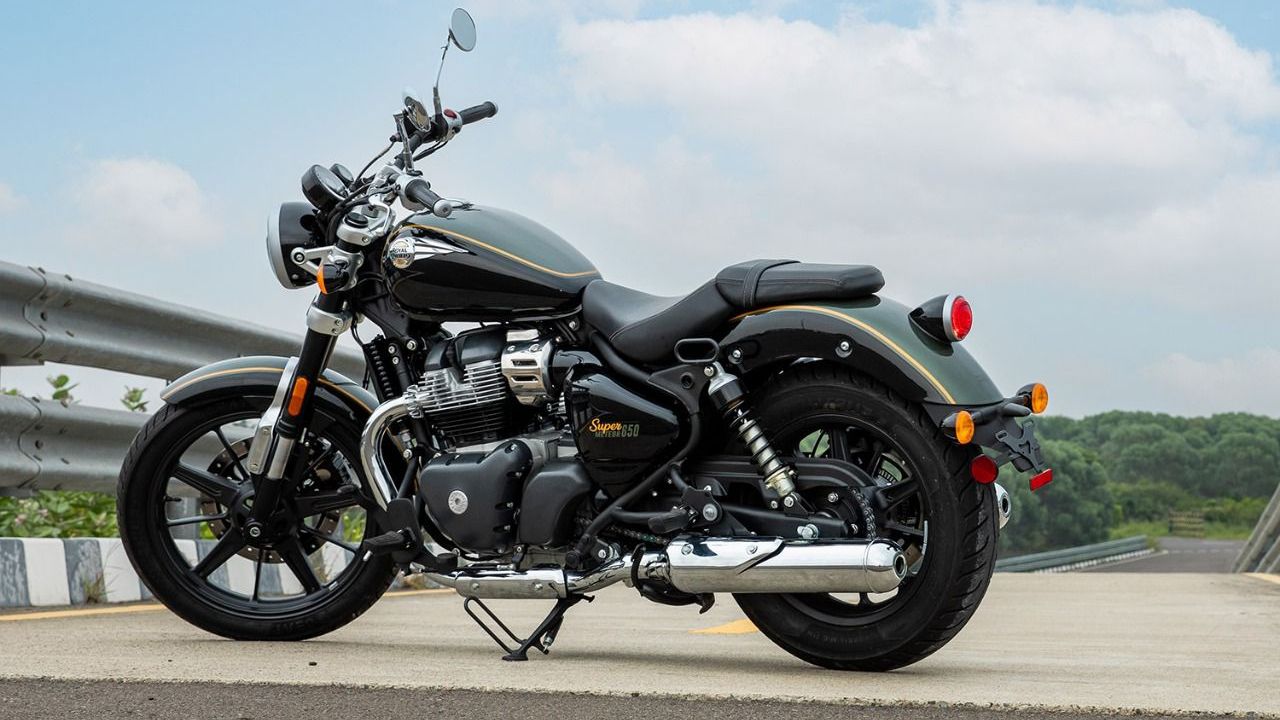 According to the manufacturer, the Super Meteor 650 is the solo tourer model, and it comes in five different colours- Astral Green, Astral Black, Astral Blue, Interstellar Grey, and Astral Green. On the other hand, the Super Meteor 650 Tourer, which is the large tourer model, will be offered in two colour options – Celestial Blue and Celestial Red.

There is presently no information available about the cruiser's price. The bike will be revealed in India during Royal Enfield's Rider Mania later in November 2022. The bike is anticipated to cost between ₹3.5 lakh and ₹4 lakh (ex-showroom). 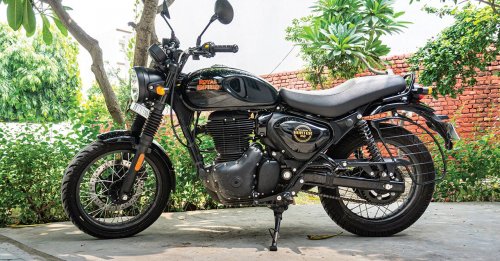