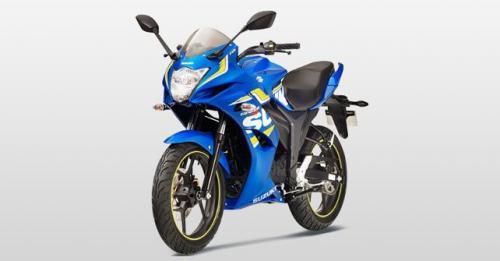 The ABS equipped Gixxer SF would be the first motorcycle in its segment to come with this safety feature.

Suzuki Motorcycles will very soon equip its flagship domestically produced motorcycle - the Gixxer SF, with ABS. Suzuki dealers across the country have already started to accept bookings for the same, for a token amount of Rs. 10,000.

Recently, a leaked brochure of the updated Gixxer SF with ABS has been doing rounds over the web. As with many other motorcycles, the Suzuki Gixxer SF with ABS is expected to be dearer by about Rs. 7,000 - 10,000 from the non-ABS model.

The addition of ABS would be a novelty addition to the Suzuki Gixxer SF, as no other motorcycle in 150cc-160cc segment gets ABS for the time being. The closest motorcycle to the SF, which has ABS is the TVS Apache RTR 180 - which is a more powerful bike, to start with.

The Gixxer SF was launched in India in 2015 - and immediately became a success for Suzuki India due to its Hayabusa-inspired design. Otherwise, the SF is identical to the naked Gixxer - which means that it comes powered by a 155cc engine that develops 14.6bhp of power, and 14Nm of torque. A 5-speed gearbox transmits power to the rear wheel. It can be had in both carbureted and fuel injected (Fi) versions - and optional ABS is expected to be offered in both of them.

With safety norms in two wheelers getting stricter, the authorities have made it mandatory for all two-wheelers to come with ABS as standard from April 1, 2018. While Suzuki is preparing to make itself future proof, it won’t be long until other manufacturers  jump into the bandwagon as well.