The New Yamaha YZF R25 Is An Attention Grabber 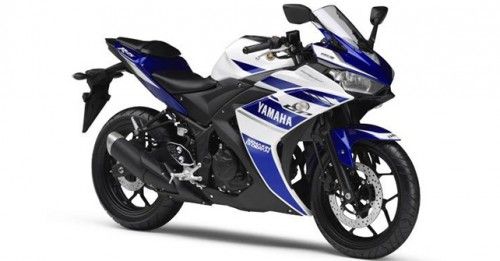 We saw the concept R25 and came away very happy, and now Yamaha has showcased the production ready version of the YZF R25. The bike was launched in Indonesia, but it will be available worldwide and will make its way to India most probably at the end of this year of early 2015. The styling of the bike is nice and aggressive, but not as similar to the concept, which we really loved. However, the bike still has a good design and sharp features that make it stand out like a true Yamaha sports bike. There are dual headlights, an aggressive and sporty fairing with graphics, and most of the design seems to be borrowed over from the R6.

The engine fitted onto the frame is a 250cc, liquid-cooled, in-line, four-stroke, two-cylinder powerhouse that is mated to a six-speed gearbox. The eight-valve DOHC motor produces very impressive power outputs with 35.5bhp at 12000rpm. The bike also features telescopic front forks and a monoshock rear suspension, and it weighs just 166 kilograms at kerb. The R25 promise to be a high performance entry-level sports bike that can also be used on an everyday basis and in cities. The bike will be available in three colours - red, blue and black.