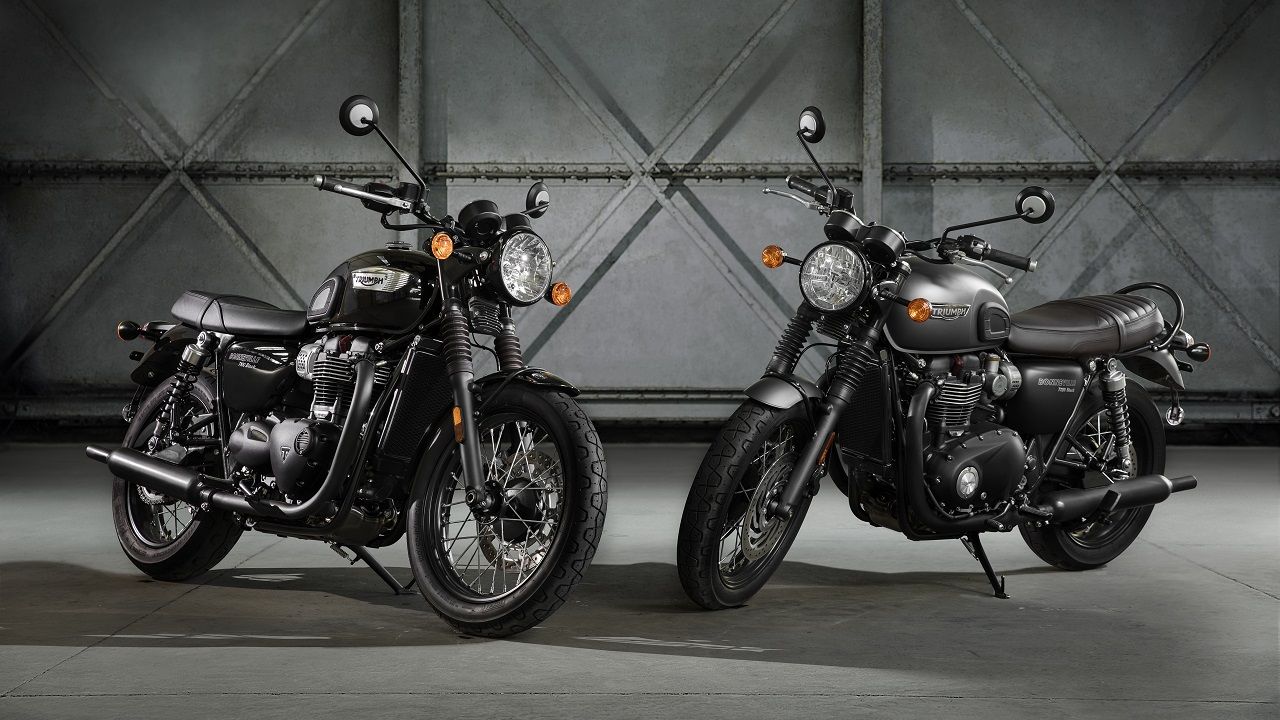 The Black Editions of the Triumph Bonneville T100 and T120 are mechanically identical to their standard versions but come with a blacked-out finish.

The Black Editions of the Bonneville T100 and T120 aren’t new motorcycles, but special versions of the regular ‘Modern Classics’, featuring a blacked-out theme. Changes include a matte black finish all around, which replaces the chrome details of the standard models. The wheels, engine cover, mirrors and exhaust pipes have been blacked-out, too.

The T100 Black is powered by the same 900cc parallel-twin engine that propels the standard T100. The engine is good for 54.3bhp & develops 80Nm of torque. Power transmission duties are carried out by a five-speed gearbox. The T120 Black has the same powertrain as the standard T120, too. It’s powered by a 1,200cc parallel-twin engine that develops 79bhp and 104Nm. The engine comes paired to a six-speed gearbox. Both the engines are BS6 compliant.

In terms of features and equipment, both the T100 and T120 Black editions get the same standard kit as their regular counterparts. This includes ride-by-wire throttle, switchable traction control, and dual-channel ABS. The T120 adds Rain and Road modes and a torque-assist clutch over the T100.

After the launch of the new Street Triple RS earlier this year, and the T100 Black and T120 Black Editions now, Triumph will soon launch the all-new Tiger 900 in India. Bookings for the new ADV are already open and it’s expected to launch soon.