Triumph to attempt to break land speed record in August 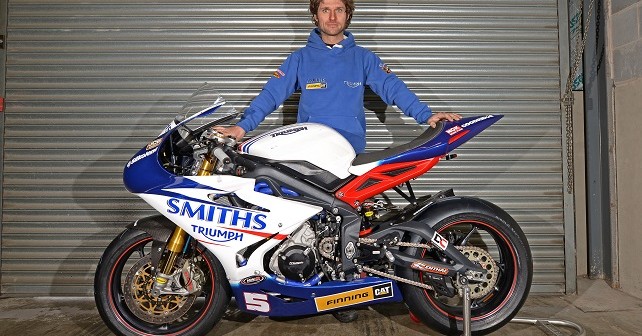 Triumph Motorcycles has set its sights on breaking the land speed world record with its purpose built Rocket Streamliner. The current record - set by  Rocky Robinson since 2010 - stands at 637.884 km/h.

The Triumph Rocket Streamliner features a carbon Kevlar monocoque and two Triumph Rocket III engines producing a combined 1,000 bhp at 9,000 rpm. The motorcycle is 25.5'' long, 2'' wide and 3'' tall and will compete in the Division C (streamlined motorcycle) category.

Piloting the 1,000 motorcycle will be Isle of Man TT racer and TV presenter Guy Martin. His aim would be to bring the world record back to the British motorcycle maker, with a dry spell dating back to 1970.

Speaking on the occasion Mr. Vimal Sumbly, Managing Director, Triumph Motorcycles India said “ We are extremely excited to see adrenaline junkie Guy Martin confirmed as pilot for the Triumph world record attempt and will be tuned in from the 23-27 August 2015. We wish Guy and the entire team all the very best to break the motorcycle land speed record at the salt flats of Bonneville, USA”.

The methanol powered Triumph Rocket Streamliner will undergo testing at the Bonneville Salt Flats in mid-July, while the record attempt will take place between 24-27 August, 2015.