Yamaha FZ 250 teased prior to launch 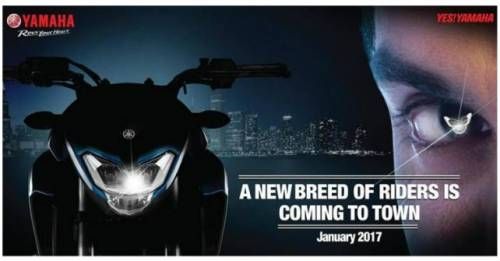 Yamaha recently invited us to the ‘unveiling of a new chapter’ on January 24. And now they have released a teaser image of what could possibly be the FZ250.

Rumours of Yamaha introducing a quarter-litre offering have been in the automotive scene for a while now. A recent block your date invite from the Tuning Fork brand hinted that the launch might just be around the corner. Now, the Japanese motorcycle manufacturer has released a teaser image of what could possibly be the FZ250.

With the launch of the motorcycles like the Honda CBR250R, KTM 200 Duke, Bajaj RS200, and more recently the TVS Apache RTR20, the 200-250cc segment is growing like never before. Yamaha, however, has been absent from this space all this while. But over the last few months, spy shots of the new Yamaha FZ 250 have been making their rounds on the internet. These shots have revealed that the new offering to be an evolution of the FZ-S in terms of design. Key elements include clip-on handlebars, split seats, front and rear disc brakes and a stubby exhaust much like the FZ-S on sale currently. The teaser image shows the v-shaped headlight of the upcoming motorcycle along with a wide low handle bar. Tank extensions give it a wide and aggressive overall stance.

While engine details of this new motorcycle are still unknown, spy shots reveal it to be an air / oil-cooled mill. We expect it to sport the same engine that is already in use in the Fazer 250 in Brazil. This unit makes peak power of around 20 horses and max torque of 20.5Nm from a single-cylinder engine that displaces 249.5cc. These figures make the FZ 250 the most powerful motorcycle made by Yamaha India. That being said, these figures aren’t as impressive as its competitors, however, expect it to shine in terms of refinement and build quality. Yamaha is likely to give ABS a miss to keep costs in check.

When launched on January 24, this new offering will take on the likes of the Bajaj Dominar 400, the KTM 200 Duke and Honda CBR250R. Expect the Yamaha FZ 250 to be priced around the Rs 1.5 lakh mark.