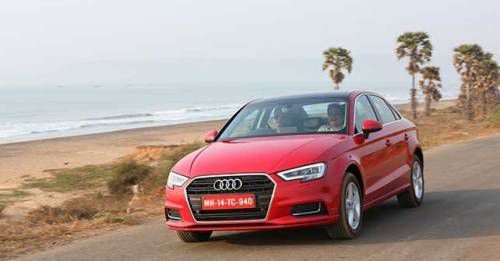 Gets minor cosmetic updates and a new petrol motor

Following the launch of the A4 diesel and the A3 cabriolet earlier this year, Audi is now set to bring in the facelifted A3 to our shores. The refreshed Audi A3 gets minor cosmetic changes including a revised larger hexagonal grille, redesigned front bumper with bigger air dams and sharply cut out LED headlights. In profile, the car is largely unchanged and with the exception of the new alloy wheels. At the back, the taillights have been worked upon along with the bumper. The 2017 Audi A3 also gets a dual tip exhaust.

The bigger change in this 2017 Audi A3 is its petrol engine. Audi has given the old 1.8-litre TFSI the boot and replaced it with a 1.4-litre TFSI. This unit also works force on the new Audi A4, making 148bhp and 250Nm. This engine comes paired with a 7-speed S Tronic unit. The diesel A3 however, continues to be powered by the Volkswagen’s bread and butter 2.0-litre diesel motor that makes 141bhp and 320Nm. 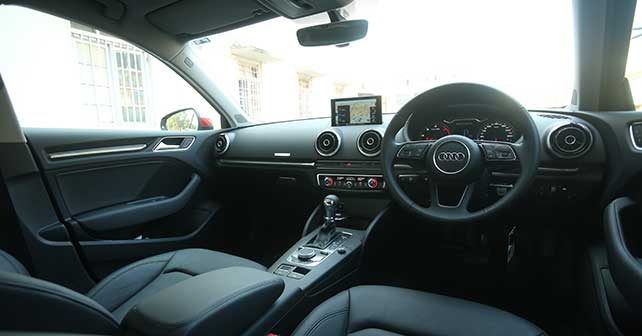 Much of the interior cabin the same except for a few changes. The upholstery is now all-black as opposed to the dual-tone treatment of the previous model. The dashboard is the same with the jutting out screen in the centre and the turbine inspired air con vents. The new A3 also comes fitted with a wireless charger. While the international spec model gets Audi’s Virtual Cockpit, the India-spec model is likely to give it a miss. The A3 also doesn’t get keyless entry and a button start. Panoramic sunroof will now come as standard in all its variants.

The 2017 Audi A3 will be the third launch for Audi out of the 10 planned for this year. The Audi A3 facelift is expected to demand a premium of around Rs 1 lakh over its predecessor. Aside from competing against its direct rival Mercedes-Benz CLA, the 2017 Audi A3 will also hold its own against the Skoda Superb and the likes.