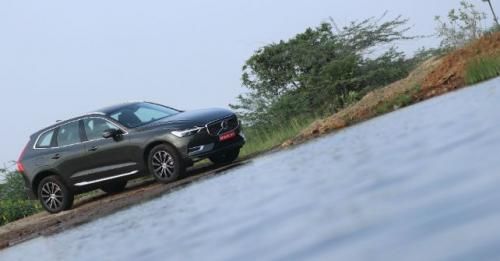 Volvo as a luxury car brand may not have had a strong presence in India in the past but over in the last two years, they have been working towards a paradigm shift. They got the ball rolling with the launch of the new XC90 in mid-2016 and followed it up with the first sports sedan S60 Polestar. This was the first Polestar branded Volvo to be launched in India. The practical V90 Cross Country followed soon. And now they are about to launch the all-new XC60 in India tomorrow. Here are some things you must know about the car.

Most powerful SUV in Class: Making 232bhp and 480Nm from a 2.0-litre four-cylinder turbocharged motor, the 2017 Volvo XC60 is the most powerful diesel SUV in its class. Its immediate competitors, the Audi Q5, BMW X3, Land Rover Discovery Sport and the Mercedes-Benz GLC churn out 174bhp, 190bhp, 177bhp, and 168bhp from their respective 2.0-litre diesel motors. The XC60 also has the torquiest motor of them all. In fact, the fascinating thing about the new XC60 is that it is punchier than its larger sibling, the XC90 too. In its 2.0-litre avatar, the XC90 churns out 225bhp and 470Nm. It doesn’t quite come as a surprise that the XC60 is the fastest SUV in its class claiming to do the 0-100km/h sprint in just 7.2 seconds.

We recently drove the 2017 XC60 in Chennai and we can say for sure that it has loads of space in the cabin. Leg and foot room is impressive while the under-thigh support is good as well. As you can see from the table above, the XC60 is not only the longest of the lot, its wheelbase is just second to the GLC. While it isn’t the tallest car of them all, there is still enough headroom even for tall passengers.

The Volvo XC60 is the only car in its class to be fitted with air suspension on all four corners. This allows you to adjust the ride height of the vehicle based on driving conditions. In terms of comfort, the front seats are ventilated and also have a massage function – once again a segment first feature. Other features include, power adjustable front seats with memory function, powered tailgate, 360-degree camera, LED headlights, head-up display, and more. It won’t be too bold to say that the 2017 XC60 is the most feature-rich car in its class. Here it must be noted that while the XC60 is the new-generation model, the Audi Q5 and the BMW X3 are due for an update by mid-2018. The GLC and Discovery Sport too was launched more than a year ago. 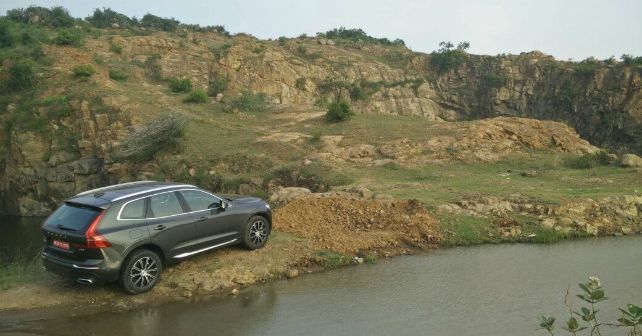 Safety first: We all know that Volvo doesn’t quite put its badge on a car unless they have fitted it with all sorts of safety tech. This XC60 is no different. From adaptive cruise control, Pilot Assist, Oncoming Lane Mitigation, Lane Keeping Aid, Driver Alert Control and more. The XC60 also comes with Run-off road mitigation, a feature that prevents you from straying off the road. The 2017 Volvo XC60 has managed to score a perfect five stars in the Euro NCAP crash test rating.

Yes, Volvo has set-up a manufacturing facility near Bangaluru but they are only started local production of the XC90 as yet. The Swedish car maker said the first batch of XC60s will be imported directly. If history is anything to go by, expect Volvo to still price it aggressively. At around Rs 55 lakh, it might just be similar to its locally manufactured rivals. Since this one too is based on the SPA platform, Volvo has also confirmed that they will commence local production of the XC60 sometime next year.