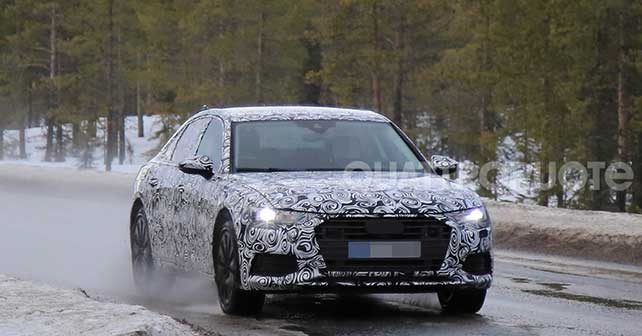 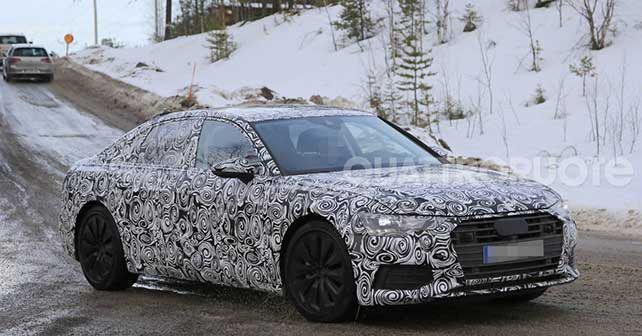 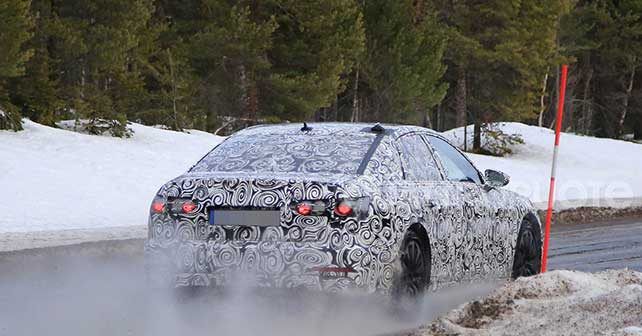 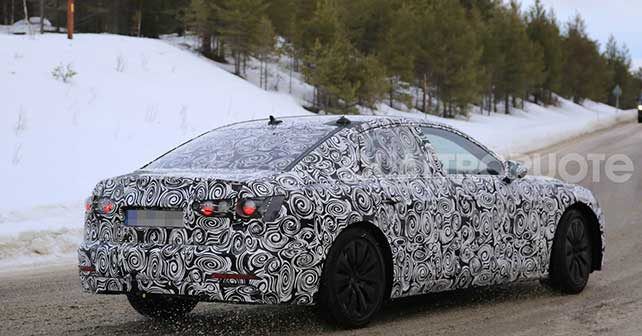 The 2018 redesigned Audi A6 gets its styling cues from the Prologue Concept. This will certainly enhance its road presence and make it stand apart from the A4 and A8.

Our magazine partners, Quattroruote, caught the new redesigned Audi A6 doing test rounds in Germany. This new sedan is expected to make its debut in Europe in 2018 and later makes it way here. Even though the A6 was heavily camouflaged, its evident that Audi's design chief Marc Lichte's vision has been carried over to this new sedan. This new design philosophy was first showcased in the Prologue concept. The new style quotient and touches will also be seen in Audi’s flagship sedan, the A8, in 2018.

Coming back to the A6, this fifth-generation sedan sports longer and more angular headlamps, which look like sword blades, while the front grille is wider and flatter. The bonnet lines are a lot more pronounced and run all the down to where the engine hood ends. Even though the rear lamps were heavily covered with tape, it looked like the A6 may get a new cluster.

The 2018 A6 will be based on the MLB platform, same as the A8. Inside, the A6 cabin gets a new large-screen virtual cockpit. In terms of powertrains, the new sedan should retain the current 1.8-litre petrol and 2-litre diesel motors, both having a power output of 187bhp and mated with a 7-speed dual-clutch automatic transmission. The new A6 is expected to make its debut at Frankfurt Motor Show in 2018.