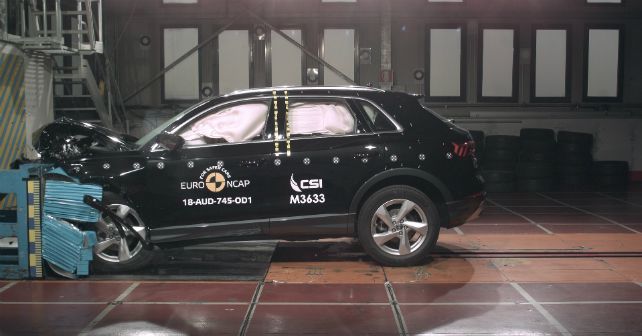 A lot of cars coming your way in 2019 and a good bunch have already been crash tested by Euro NCAP. Here are the results

The new Audi Q3 scored a perfect five in the Euro NCAP crash test results. According to the report published, it remained absolutely stable in the frontal offset test offering good protection to the knees and femurs of the driver and the passenger. Even when tested with dummies of different sizes sitting in varied positions, the Audi provided a similar level of protection. The Q3 scored a five in the side impact test as well as the side pole test too. In the event of a collision from the back, the car was protective enough against whiplash and the head restraints performed efficiently too. In the case of child safety too, the Q3 reflected good or adequate protection for 6 and 10-year olds. The Q3 was equally safe for pedestrians too with adequate protection on the bumper and bonnet for pedestrians’ legs and head respectively. Want to know more about the upcoming New Audi Q3, read our first impressions story. 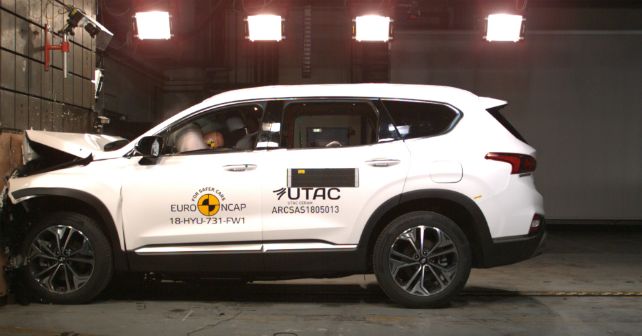 The India-bound Hyundai SantaFe also scored a full house in the Euro NCAP crash tests. In the frontal offset test, the passenger compartment remained stable. Dummies of all sizes were well protected at the knees, femurs and the pelvic region. The SantaFe also passed the full-width barrier and the side barrier test with a good or adequate score. During the tests, the side curtain airbag didn’t deploy as intended and was stuck in the trim of the C-pillar resulting in a tear. Hyundai has been quick to fix the problem and issue a recall for the vehicles already produced and sold. In fact, the test was performed once again after the side airbag was replaced, and once again it did not deploy as it should – protection for the driver’s head was rated adequate at best. Whiplash protection for the passengers was rated ‘good’ in case of a rear-end crash. Child protection, for the most part, is good except for the neck as tested on a dummy of a 10-year old. In the side barrier test too, child protection was good. Follow this link to get the first impressions of the new Hyundai SantaFe. 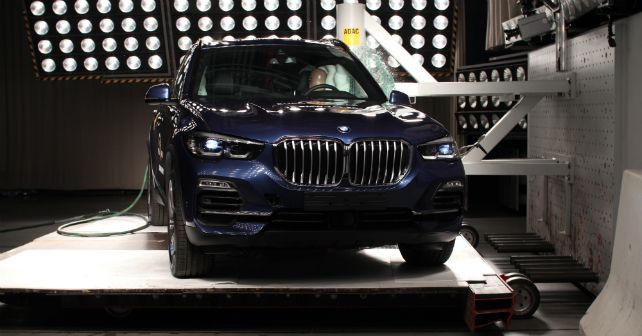 The passenger area of the cabin remained stable in the frontal offset test, at least for the most part. Readings from dummies reflected good protection for knees and femurs. That being said, the X5 did lose out on some valuable points, as the driver side knee airbag didn’t deploy correctly. As a result, the driver’s knee, femur and pelvis region isn’t adequately protected. On the passenger side there is no knee airbag, so its protection was rated good. In the full-width rigid barrier as well as the side barrier test, the X5 scored maximum points. Dummy readings indicated marginal compression in the side pole impact test. The front and the rear seats demonstrated good protection against whiplash in case of a rear impact. Protection of 6- and 10-year olds in the front two rows is good or adequate. We have driven the new BMW X5 recently, check out our full review here. 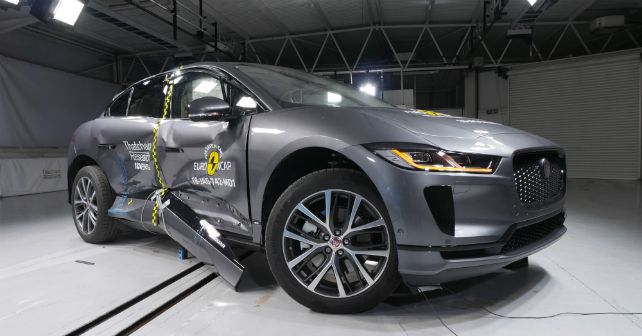 In the frontal offset test, the I-Pace offered good protection for the knees and femur of the driver and passenger. Even when dummies of different sizes were used, the Jaguar offered similar protection. In the case of a full-width rigid barrier test too, protection for the driver as well as the rear passengers was adequate. The car scored maximum points in the side barrier impact and the side pole impact tests. In case of a rear impact, passengers inside were well protected against whiplash injuries. Readings from dummies representing 6- and 10-year olds in case of a frontal offset and side barrier tests were good. 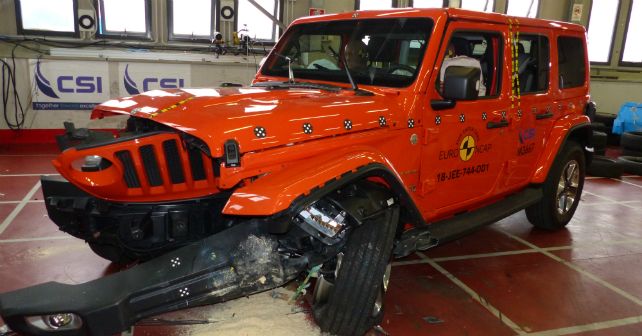 The India-bound new Jeep Wrangler scored a dismal one star in the Euro NCAP crash test. The frontal offset test had a considerable impact on the A-pillar and the trans-fascia beam – both of which were heavily damaged and seemed unable to withstand higher loads. The footwell was also badly deformed during the crash. The Euro NCAP report read, 'Although dummy readings indicated good protection of the knees and femurs of the driver and passenger dummy, structures in the dashboard were thought to present a risk to occupants of different sizes and to those sitting in different positions, and protection of this body area was rated as marginal.' The result also showed marginal protection of the driver in case of a full-width barrier test. In the side barrier test, however, the Wrangler scored maximum points. Euro NCAP did not conduct a side pole test on the Wrangler. Thankfully your child may be safer in the Wrangler than you will ever be. The frontal offset test critical body parts were well protected with the exception of the neck of a dummy representing a 10-year old. In the side barrier test too, the head came in contact with the body structure and thereby showed marginal protection. 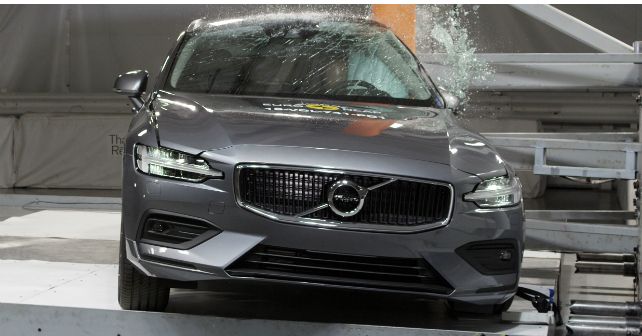 This one doesn’t quite come as a surprise, does it? Volvos are world famous for their safety, and the new S60 is another proof of that. In the frontal offset test as well as the full-width barrier test, passengers inside were well protected and adequately protected respectively. On hitting the full-width barrier head-on, the neck and chest were adequately protected, while protection of passengers at the back was good. The Volvo S60 performed well in both the side impact tests too. The autonomous emergency braking system performed effectively too. Children will be safe in the Volvo too. In the frontal offset as well as the side barrier tests, dummies of 6- and 10-year olds had good protection – the S60 got a perfect score here. The S60 that was tested by Euro NCAP was the estate version – in India though, Volvo will bring in the sedan instead.