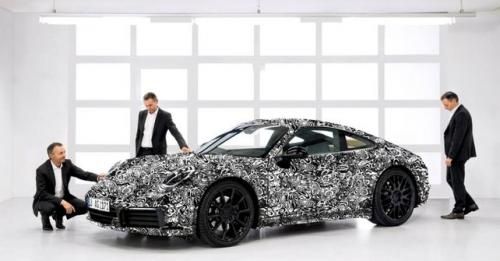 Eighth-generation Porsche 911 isn’t all that far away.

Porsche has officially previewed the next-generation of its iconic 911, which is codenamed 992. The model will be fully revealed towards the end of 2018.

Porsche’s official preview comes in the form of a few images sporting a heavily camouflaged, near-production prototype. While the camo disguises finer details, it simply cannot hide the distinctive side profile associated with anything wearing the 911 badge since 1963.

The good news for 911 purists is that the car will not become fully electric anytime soon, however, a hybrid variant is expected to join the 992-gen model lineup. Also, the director of the Porsche 911-line had previously made it clear that the car will ‘always have a steering wheel,’ and will be ‘one of the last cars to drive autonomously’.

The 992-gen is expected to hold on to 6-cylinder powertrains and Porsche is also said to give it a wider track in order to aid its stability and enhance its driving dynamics. Also, a wider track would be necessary for the car to accommodate a hybrid drivetrain. 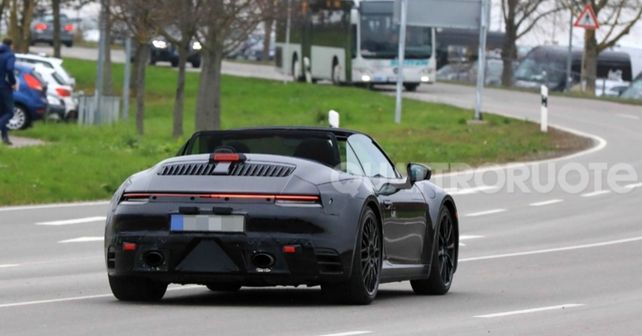 As expected, the new 911’s most powerful variant upon its release would be the Turbo S. The Turbo and Turbo S are expected to use a revised version of the current 3.8-litre 6-cylinder boxer motor with more muscle. Rumours suggest that the former will pump 597bhp while the latter will break the 600 horsepower barrier. As for the Carreras, expect a retuned version of the 3.0-litre flat-six which debuted on the 991.2.

After the mainstream models are revealed later this year, it's inevitable for Porsche to release next-gen GT3s an year later or so. And oh, did we forget to mention that a plethora of special edition models are bound to show up?