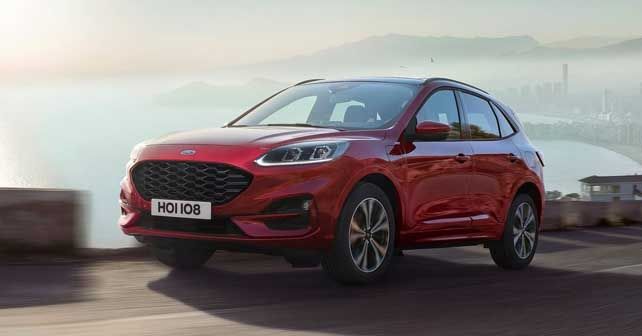 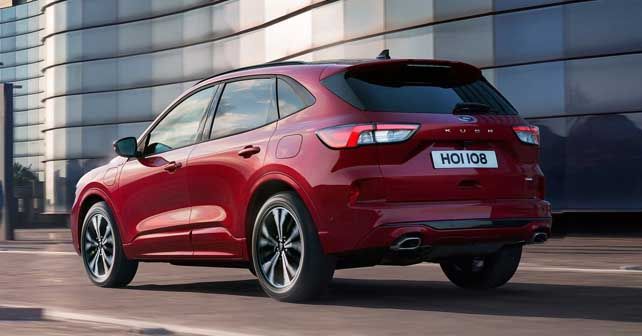 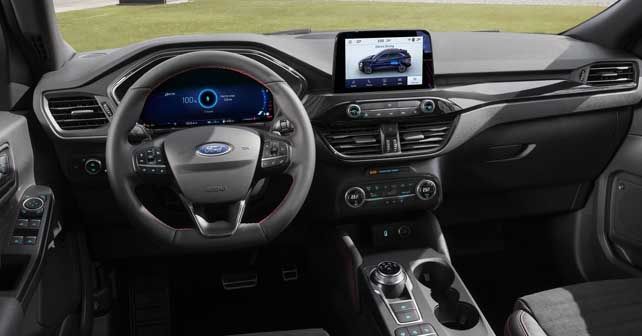 Ford's best-selling SUV in Europe enters third-generation with a new platform and a range of new hybrid powertrains.

Ford has unveiled the third-gen Kuga (also known as the Escape in the American market). Highlights of the all-new mid-size SUV include a completely new platform, new engine options – with mild and full hybrid systems – and a more spacious and upmarket cabin.

The Kuga has been Ford’s best-selling SUV in Europe, so it’d be fair to say that it’s a very important product for the brand. And that shows because the third-gen Kuga is Ford’s first SUV that’s underpinned by the new C2 platform – the same as the Focus hatchback. This has resulted in weight savings of up to 90 kilogrammes and an increase in the torsional stiffness by 10 per cent. Thanks to the new platform, the Kuga has grown longer and wider by 89mm and 44mm, respectively. The wheelbase is also up by 20mm to 2,710mm. For comparison, the wheelbase of the Hyundai Tucson is 2,670mm. As for its design, the new Kuga doesn’t look all that brash, like say its brash and ladder-frame underpinned sibling, the Endeavour. Instead, the Kuga has a ‘softer and streamlined’ look.

The interior is a typical Ford and looks quite sporty. A new addition in the Kuga is a 12.3-inch digital instrument cluster in the top-end models. Other than this, there’s a free-standing 8-inch SYNC 3 Touchscreen infotainment system that gets Apple CarPlay and Android Auto, which is similar to that of the EcoSport in India. Mobile hotspot functionality and Active Noise Cancellation in the cabin are also offered.

The Kuga will be offered with seven powertrain options – three hybrids, two diesels and two petrols. The hybrid range kicks off with a 148bhp, 2.0-litre EcoBlue diesel engine that gets 48-volt mild-hybrid tech. Above this, there’ll be two full hybrid versions, which will get all-wheel drive and will be powered by a 2.5-litre petrol engine and an electric motor. The top-end version of the two will be available as a plug-in hybrid and will develop 223bhp.

The diesel range will have 188bhp 2.0-litre and 118bhp 1.5-litre engines on offer. The petrol range will come powered by a 1.5-litre EcoBoost engine, available in two power output options – 118bhp and 148bhp.

It’s unlikely that we’ll see the new Kuga come to India anytime soon. However, given the fact that Ford India doesn’t have any SUV between the EcoSport and Endeavour here at present, the Kuga has the potential to bridge that gap.