The second generation of the BMW 2 Series coupe has broken cover. BMW plans on selling it in three variants with three different engine options – two petrol and one diesel – by early 2022.

An all-new generation of BMW 2 Series Coupe has been unveiled. The coupe will make its global premiere at the Goodwood Festival of Speed that will be held between July 8-11, 2021. The international launch has been slated for early 2021 with production commencing at BMW Group’s San Luis Potosí facility in Mexico. 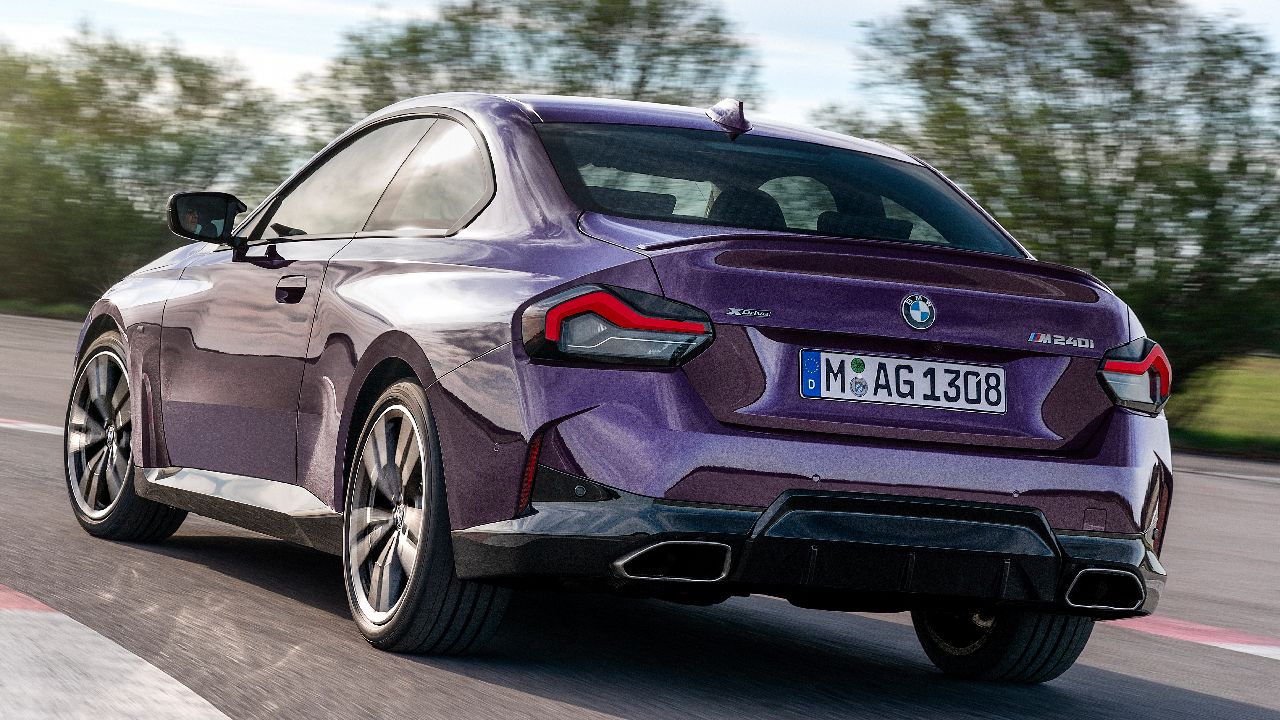 Speaking of the new coupe, the 2022 2 Series is based on an all-new – G42 – platform. New underpinnings have brought along new dimensions. Compared to the first-generation 2 Series, this second generation has a 51mm longer wheelbase. The front and rear track have been widened by 54mm and 31mm respectively. Lift-related dampers are offered as standard and buyers can option electronically controlled dampers from the M Sport pack as well. BMW has added 30 degrees of negative camber to the front axle in turn to improve handling. The new chassis offers improved torsional rigidity and BMW have managed to achieve 50:50 weight distribution. 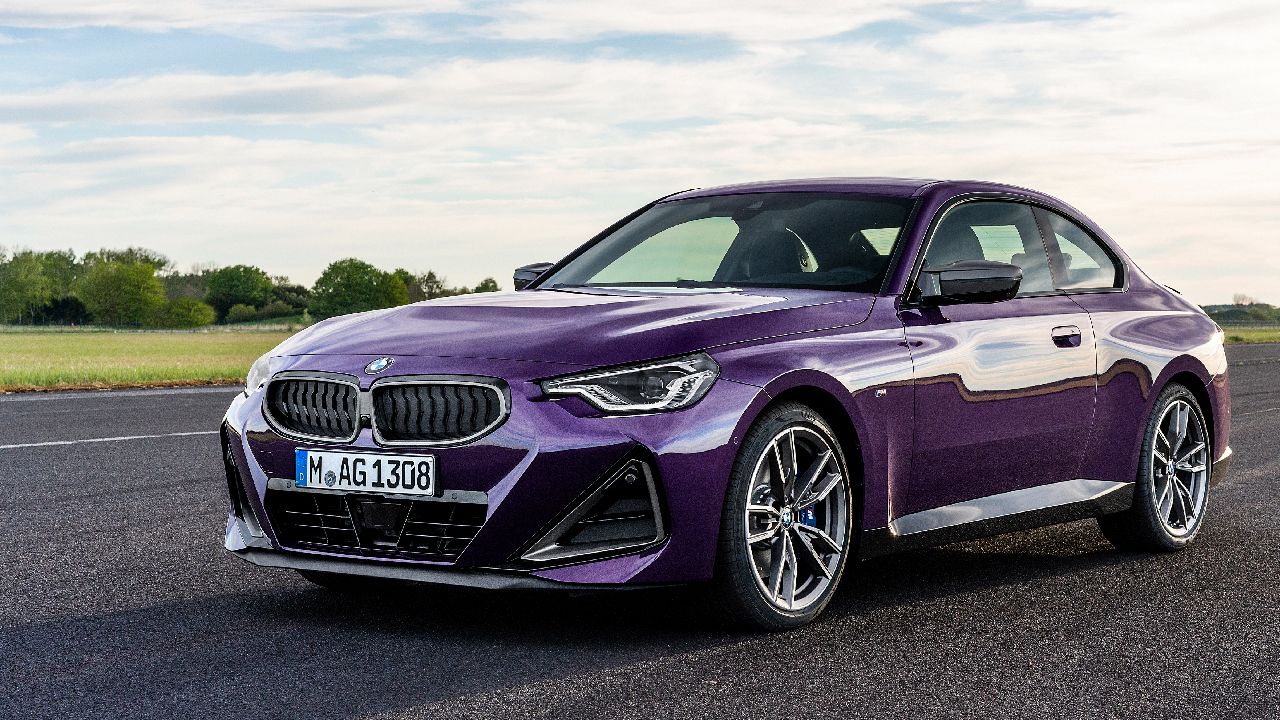 Even with a new platform and overall length and width increase by 105mm and 64mm respectively, BMW has managed to retain the first-gen 2 Series silhouette. The design details; however, are more modern. The headlamp and the tail lamp assembly have been chiselled out differently and the lamp clusters get prominent black inserts. The kidney grille design is more conventional and less “controversial” to say. The side profile has been almost unchanged and the new 2 Series continues with a traditional three-box design. 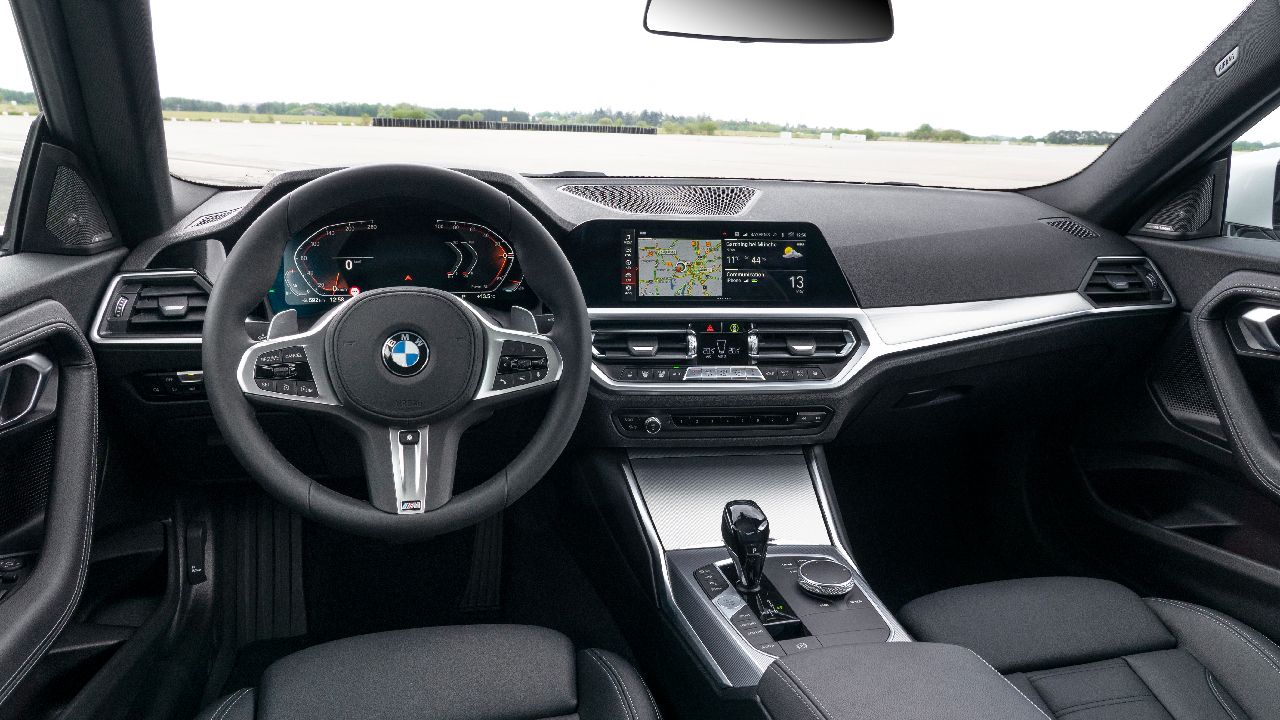 The new 2 Series gets a very familiar dashboard design that resonates with most BMW’s on sale. The instrumentation is on an all-digital screen, and BMW’ Live Cockpit multimedia system is optional. Sporty seats come as standard.

The BMW 2 Series will go on sale with three engine options, two petrol and one diesel motor. The 2.0-litre inline-four turbo-petrol motor will be the entry-level model with power rated at 181bhp and 300Nm. This engine will be offered with the 220i variant. The 0-100km/hr timing is 7.5 seconds (claimed). 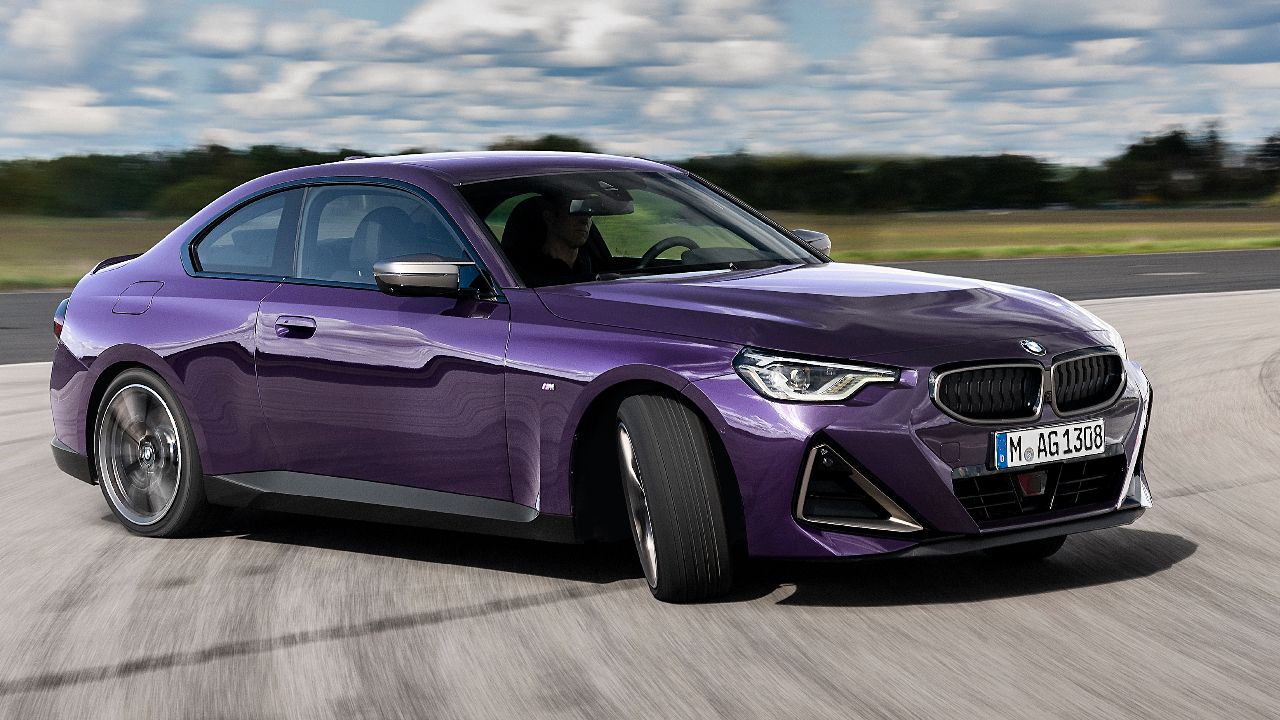 The 220d variant will be offered with a 2.0-litre turbo-diesel motor mated to a 48V mild-hybrid system. The mild-hybrid system adds 11bhp to the overall power output of 187bhp and 400Nm. The diesel coupe can do a sprint to 100km/hr from a standstill in (claimed) 6.9 seconds. 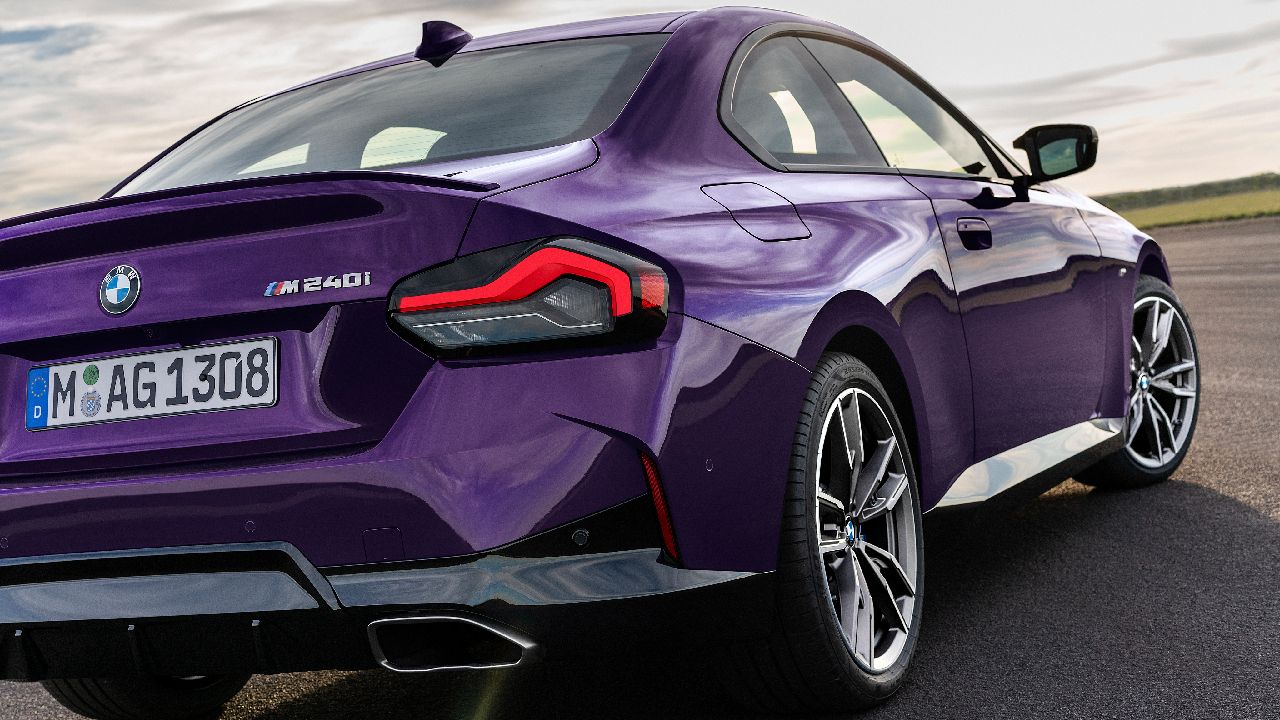 The BMW 2 Series Coupe will be offered with an M240i xDrive variant. In this guise, the coupe will be offered with a 3.0-litre inline-six twin-turbo petrol motor. All the 369bhp and 500Nm is sent to the wheels via BMW’s xDrive all-wheel-drive variant. All three variants are offered with an eight-speed automatic transmission. BMW has also upgraded the mechanicals to M Sport suspension, additional front axle struts, M Sport brakes and M Sport differential at the rear axle. Adaptive M suspension with electronically controlled dampers will be available as an option. The coupe will come fitted with 19-inch light-weight alloys shod with high-performance tyres. 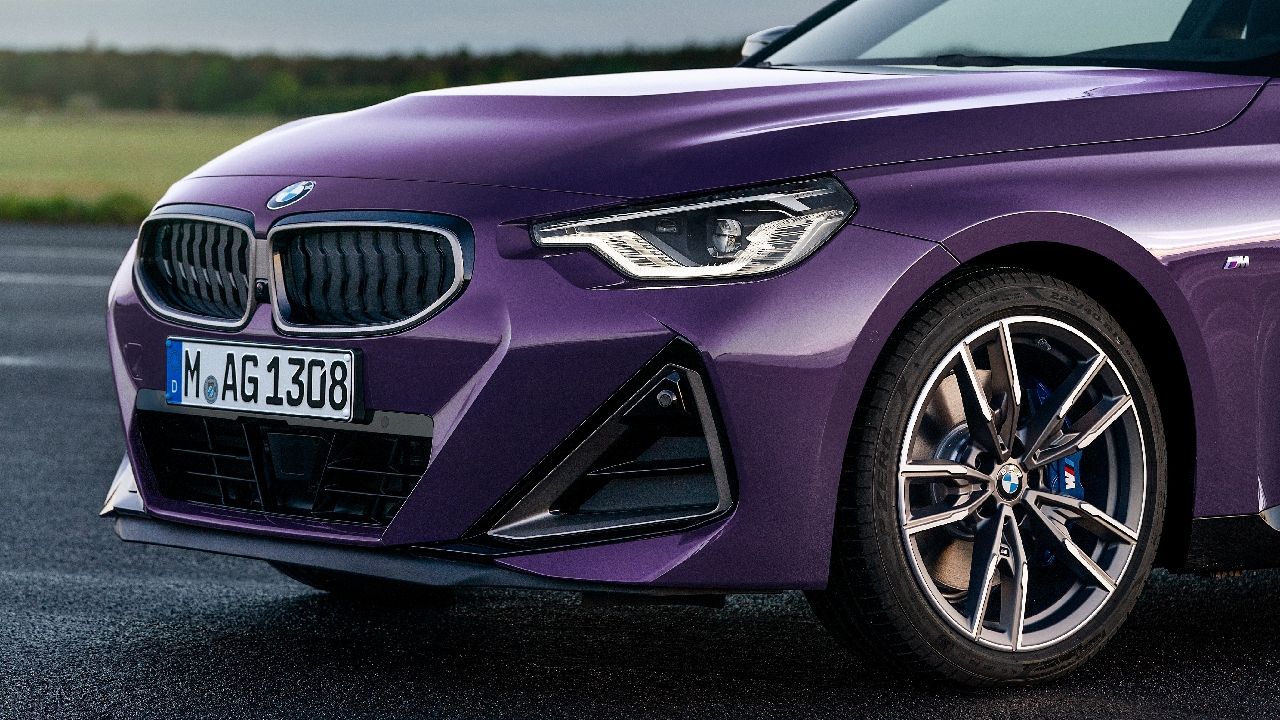 It is too soon to confirm if the second-generation 2 Series could be launched in India sometime this year. Currently, BMW India retails the Gran Coupe and the M2 Competition under the 2 Series vertical.