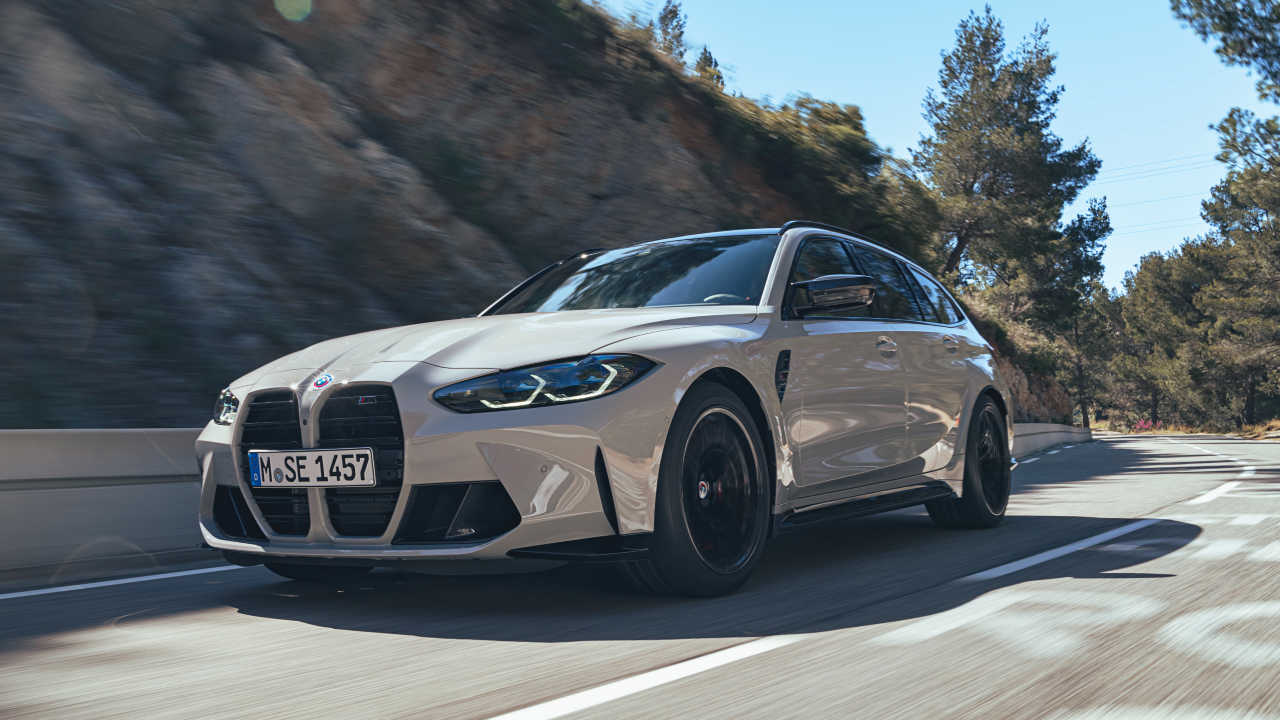 The 2023 BMW M Touring has finally made its debut after a long wait.

The BMW M3 Touring has finally broken cover. After a long, long wait, the wagon that we all have been waiting for has arrived with all guns blazing. To begin with, the new M3 Touring will only be available in the competition trim. This means that it will have the 3.0-litre straight-six engine, capable of producing 503 horses, a standard-issue xDrive all-wheel-drive grip, and the company’s eight-speed M Steptronic transmission.

The car breaches triple-digit speeds in just 3.6 seconds and can reach the top speed of 280km/h, with the optional M Driver's Package. Without the Package, the car will have a top speed of 250km/h. One might think it's just a 3 Series Touring with the M3’s bodywork and a bigger engine, but that can’t be further from the truth. The car gets M-specific rear axle, and to accommodate the same, BMW has added 3.3 inches to the length and 3 inches to the width of the car. 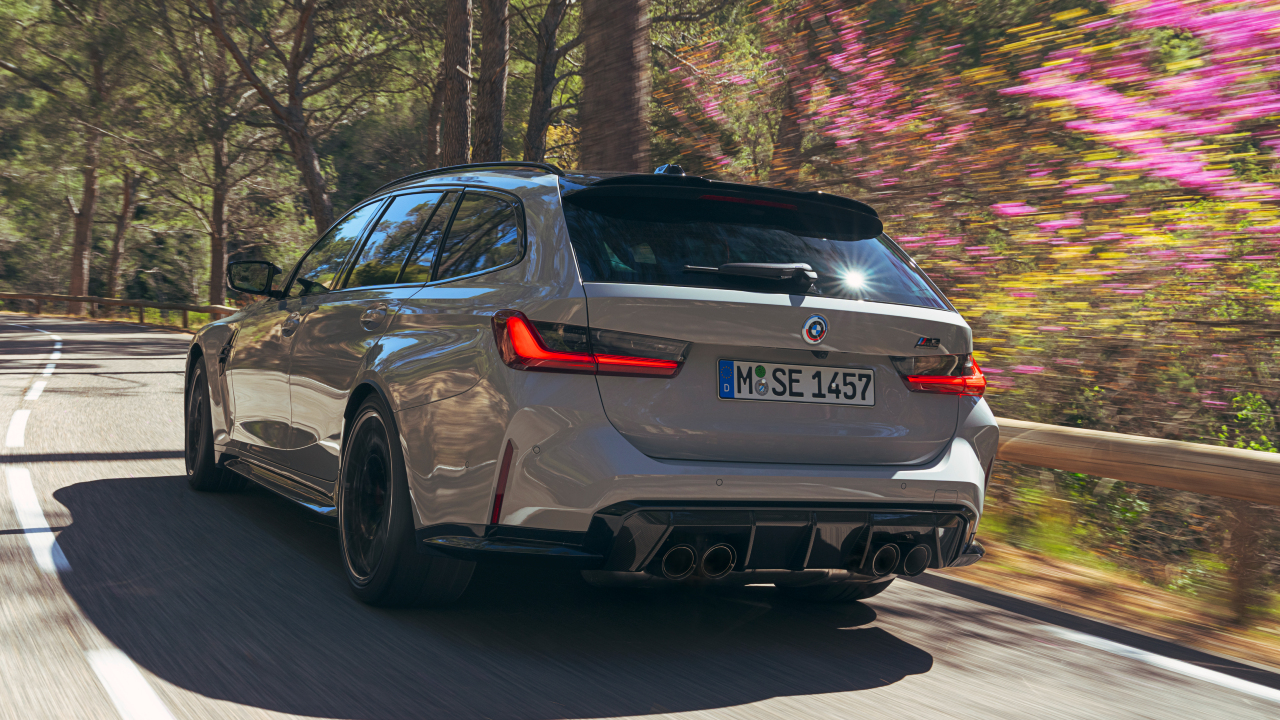 The M3 Touring is about 90kgs heavier than its sedan sibling. But on the bright side, you get 1509 litres of boot space with the rear seats folded, which is accessible through the hatch or by simply opening the rear window.

Inside, the M3 Touring also gets a big curved display. The single-screen on the dash is a combination of a 12.3-inch driver information centre and a 14.9-inch infotainment system, which runs the brand’s latest OS 8. Considering this is an M3, the car will also get M-specific displays to control a plethora of functions, like multiple driving modes for comfort, track, and even drifting. If you get tired of the all-wheel-drive grip, you also have the option to switch to 2WD. 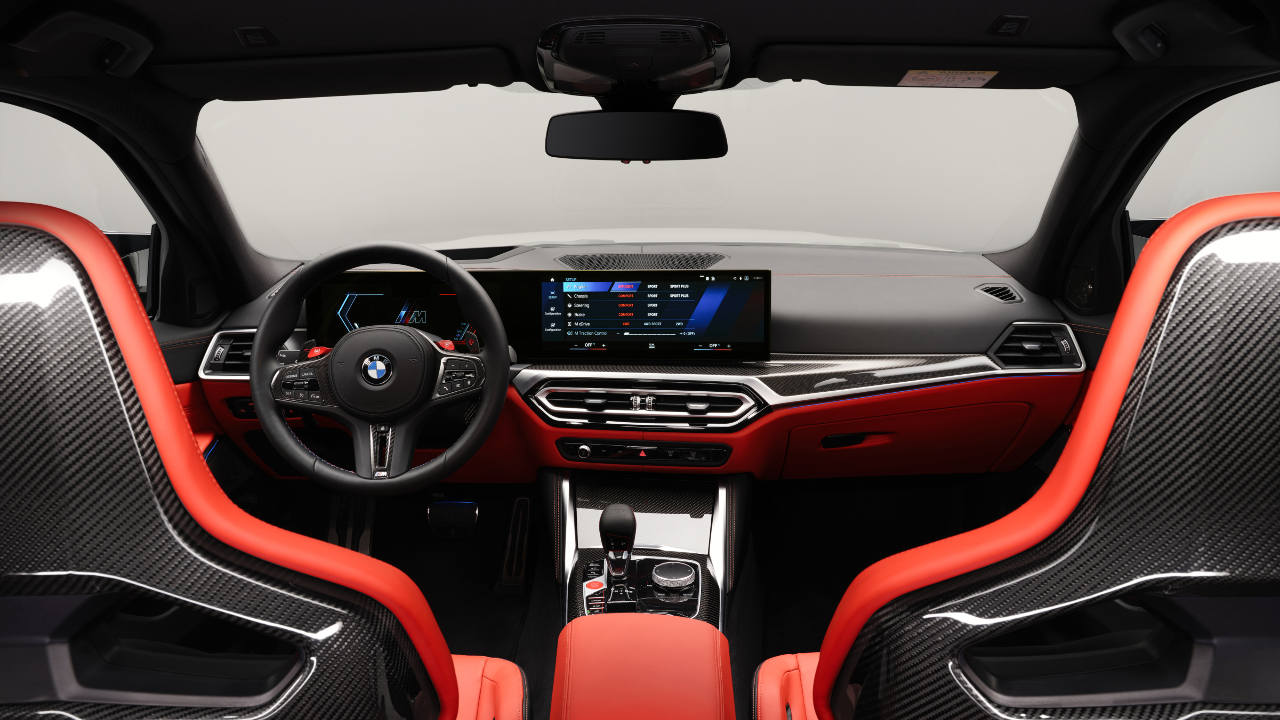 Apart from these, the M3 Touring is pretty much an M3 with staggered wheels – 19 inches at the front and 20 inches at the back. Despite the additional weight at the back, the car manages to have a 50:50 weight distribution. In addition to this, the car also gets multiple optional upgrades and colours to choose from.

Bookings for the car will open in September, and deliveries in Germany and UK will start in December. The car will make its debut in other markets, including Europe, Asia, and Australia soon.