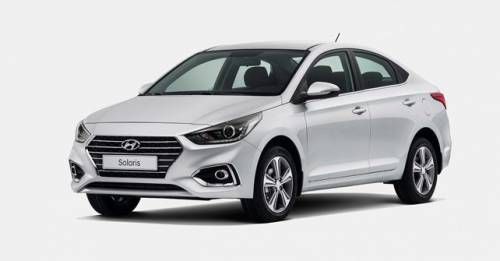 The 2017 Hyundai Verna gets a completely new design and is longer, wider and more spacious than before.

Come August, the next-gen Hyundai Verna will be launched in India. While it’s confirmed that the new Verna will go on sale in August, the company hasn’t officially revealed the exact launch date of the new sedan. Reportedly, though, it is expected to launch in the country on or around August 22, 2017.

In the build up to the launch, Hyundai has already started teasing the new Verna on social media platforms – however, the teaser image doesn’t reveal anything significant. That said, the car has already been launched in Russia, and comes badged as Solaris there. So, we already know what it looks like. 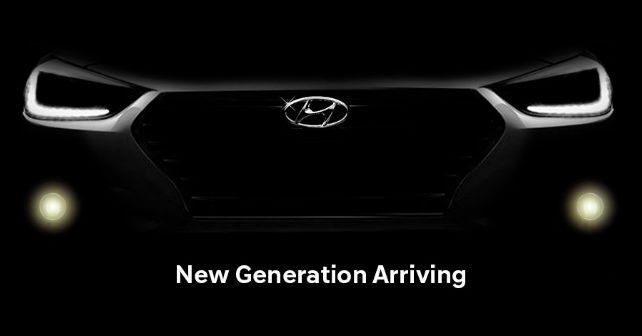 As can be seen in the pictures, the new Verna follows the same Fluidic Sculpture 2.0 design language as of the Elantra and Tucson. The design has been completely overhauled – the front-end features a new grille, new swept-back headlamps with LED DRLs and projector lamps, a new bumper and new fog lamps. The side profile is largely unchanged and has hints of the current car, however, around the back it gets Elantra-esque tail-lamps. The new Verna is also longer and wider than the outgoing model and its wheelbase has been increased by 30mm, so as to liberate more space for the rear-seat passengers.

The cabin has also been redone and it gets inspiration from the Elantra. The dashboard design is all new and it’ll get an 8-inch touchscreen infotainment system with Apple Car Play and Android Auto smartphone connectivity options.

Engine options on the new Verna will be unchanged, meaning it’ll continue with the current 1.4-litre and 1.6-litre petrol and diesel engines. A six-speed manual transmission will be a standard fit, whereas the 1.6-litre engines will now have a six-speed automatic as optional.

The new Hyundai Verna is expected to be priced between Rs 8 lakh and Rs 12 lakh. Its competition will include usual suspects, namely – the Honda City, Maruti Suzuki Ciaz, Volkswagen Vento, etc.