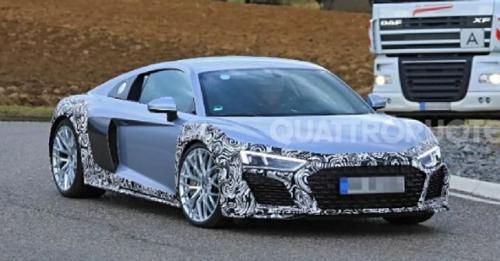 Audi's flagship sports car is all set to receive an update very soon. Our partner quattroruote has managed to spy a camouflaged prototype of the R8 facelift which is expected debut later this year.

Now in its second-generation, the facelifted R8 will gain Audi’s new wide singleframe grille which is seen on the German company’s latest saloons. As visible from the spy shots, the updated model will also sport an all-new front bumper with new air intakes. The pics also reveal a mildly updated rear with oval mufflers instead of the rectangular ones on the current model. There will also be minor updates to the car’s side skirts.

The facelifted sports car is likely to continue with its current 5.2-litre FSI V10 engine. However, certain media reports suggest that Audi might also introduce a smaller 2.9-litre V6 from the current RS5, which will make it the smallest engine to ever power the R8. If true, the introduction of a V6 will not only give the R8 a lower starting price, but also benefit its potential owners from lower emission-based taxes that certain countries like England levy. 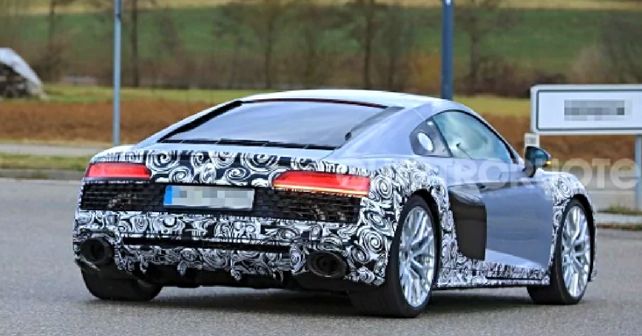 Main competitors of the R8 include the Jaguar F-Type V8 - and it’s own distant cousin - the Porsche 911 Turbo/Turbo S. However, the R8 proudly boasts its Lamborghini Huracan derived V10, which its rivals do not have. It remains to be seen how the market would react to the rumoured V6-powered R8.