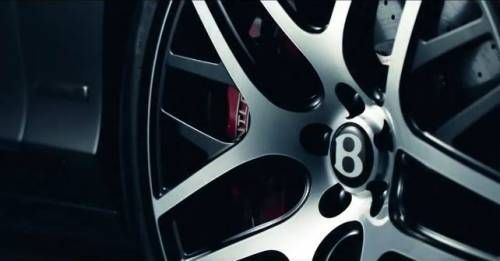 The fact that Bentley is about to replace the Continental GT has been known for a while. But before the new model is unveiled towards the end of the year, for Bentley it is important to give the current Continental GT a grand send off. And what better way than to make it Bentley’s most extreme model yet.

A recent teaser video released by Bentley gives us only a hazy glimpse of the car that is based on the Continental GT. The only details that we could gather from the short video were the diamond cut alloy wheels and red brake callipers. A few other shots highlight carbon fibre bits on the bonnet and a fixed rear wing, hinting that this new offering will be lighter and thereby quicker on its heels. Aside from these details not much is known about the new offering from Bentley except that it will be crazier than the Continental GT3-R or even the GT Speed.

For this new offering to outperform the GT3-R, it might just be plonked with the 6.0-litre W12 unit that already provides firepower to the Continental GT Speed. While in the GT Speed, this unit makes about 633bhp, which is 61bhp more than the GT3-R, in this ‘extreme’ Bentley, it might just produce a better output. Some reports suggest that it will make more than 700 horses. While specific engine details of the new car are still sketchy, we are sure a lot of fans are eagerly waiting to see what Bentley’s ‘most extreme offering’ is all about. As per the teaser video, the car will be unveiled on January 6, 2017.