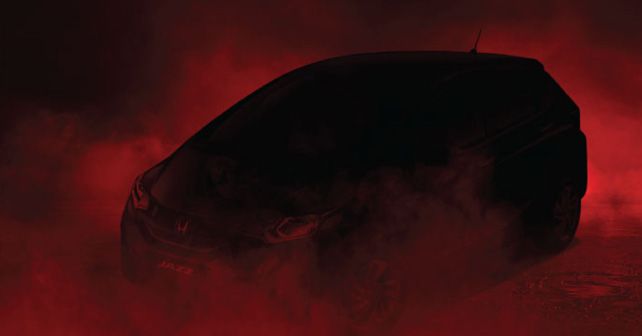 A teaser image released on Honda’s official website confirms that the launch of the updated BS-VI Jazz is around the corner. Honda also has the popular City and the WR-V waiting to be launched.

Honda Cars India Lt (HCIL) has released a teaser image of the updated Jazz on their official website. While the image primarily shows just a silhouette of the upcoming offering, a keen eye might observe that it doesn’t seem to be extremely different from the outgoing model. The image hazily reveals the headlight, grille, and alloy wheels, which seem to be the same as before.

As far as the engine goes, the 2020 Honda Jazz will continue to be powered by the same 1.2-litre naturally aspirated petrol that produces 90bhp and 110Nm. The 1.5-litre diesel will also be carried forward in the same 100bhp/200Nm tune. Both engines will come paired with a 5-speed manual transmission. While the petrol variants will also get a CVT option, it is likely that Honda will also include a CVT in the diesel variants, just like the Amaze.

It is safe to assume that the interior will not be very different either. The fully-loaded Jazz will come with a touchscreen infotainment system with Apple CarPlay and Android Auto, automatic climate control, height-adjustable driver seat, electrically controllable ORVMs, and more. Honda is likely to lengthen the list of features to compensate for the increase in cost due to the BS-VI update.

The Jazz has always been priced on the higher side, and that has been the biggest drawback for the car. With the updated Jazz, Honda has a chance to address that issue. The hatch will continue to compete against the likes of the Maruti Suzuki Baleno, Hyundai Elite i20, and Tata Altroz.