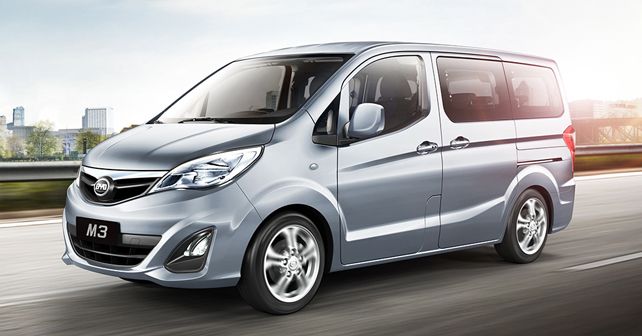 Called the M3 & T3, these electric minivans from BYD can be fully charged in just 1.5 hours; offer a driving range of up to 300km.

BYD India, a subsidiary of the Chinese BYD Group, has marked its entry in India's EV sector by introducing two new electric minivans – the M3 & T3. While the M3 caters to the passenger MPV segment, the T3 has been shown as a logistics minivan for the commercial sector. For those not aware, BYD India is headquartered in Chennai & came into existence in 2007. Since then, the BYD Group subsidiary has largely been focussed on the production & export of electric buses and manufacturing of batteries. In 2016, BYD India entered into an understanding with Smart Dreams (an EV startup of Singapore-based entrepreneur Dr Bhupendra Modi) to make EVs in the country. The company also claims that it boasts of a 52 per cent market share of electric commercial buses in India. 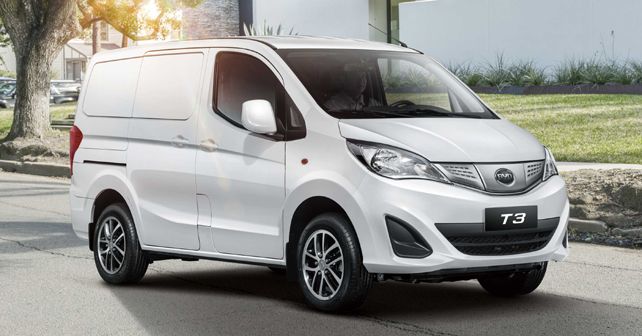 What's interesting here is that BYD India has not disclosed the pricing of the M3 & T3 electric vans yet, and neither has it shared the powertrain/battery specifications. However, what we do know about the two new products is that they offer upmarket features like key-less entry, push-button start, a music system with Bluetooth connectivity, a reverse parking camera (with sensors), regenerative braking & smart management (via BYD's Controller Area Network (CAN) bus communication system). To enhance ease of use, both models are driven by an automatic transmission-equipped motor.

On the safety front, quite a lot of modern paraphernalia like Anti-lock Braking System (ABS) & Electronic Brakeforce Distribution (EBD), Electric Parking System (EPB) & Brake Override System (BOS) can be found on either model. Both models also offer twin charging capabilities (AC/DC), while DC charging can lead to full charge in a matter of 1.5 hours. The driving range on a single charge is pegged at 300km.

On a side note, the M3 & T3 vans bear an uncanny resemblance to the Nissan Evalia (in terms of the overall body shell), which brings to the fore the infamous reputation Chinese manufacturers have earned over the years for numerous design infringements.