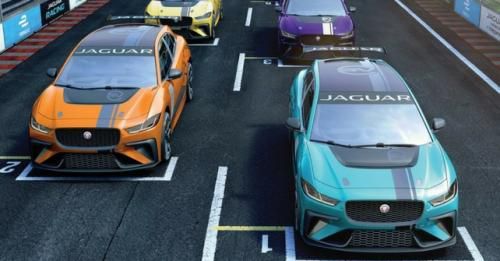 Jaguar Land Rover Special Vehicle Operations (SVO) in Warwickshire, UK, will build the new race cars. They will be based on Jaguar's first battery electric vehicle, the I-Pace electric SUV - which will hit the streets in late 2018.

The electric racer is based on the Jaguar I-Pace - which is yet to be launched in its road car avatar. The eTrophy race car has been made by JLR’s Special Vehicles Operations (SVO) division. To make it better suited to the track, the race car version of the I-Pace will sport competition suspension, a roll cage and other track specific alterations - such as fixed rear wing and diffuser.

Up to 20 electric I-Pace race cars will be on the grid in the centre of 10 races in global cities such as Hong Kong, Paris, Sao Paolo and New York - giving future Formula E racers a chance to race in the world-first series. Jaguar hasn’t revealed the amount of electrical force the eTrophy will produce. In fact, even the exact power and torque figures of the I-Pace road car have not been made official as yet. 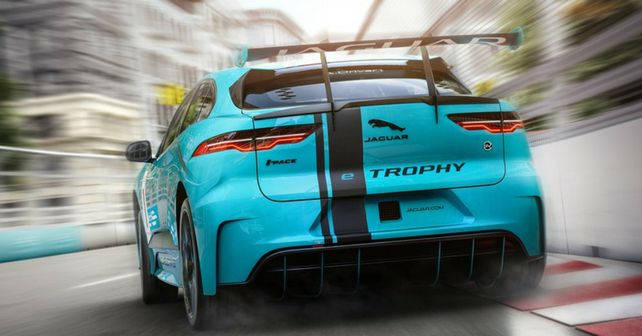 Revealing the I-Pace eTrophy, Gerd Mäuser, Chairman, Jaguar Racing said, "Jaguar returned to racing in 2016 with the mission 'Race to Innovate'. With the launch of the Jaguar I-Pace eTrophy, we have strengthened our commitment to battery electric vehicles, international motorsport and Formula E. We've always said we want to prove our electrification technologies on the track - this is the proof. I am looking forward to seeing a full grid of Jaguar I-Pace racecars in late 2018.”