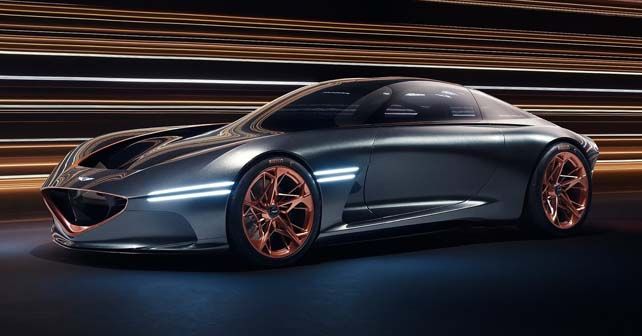 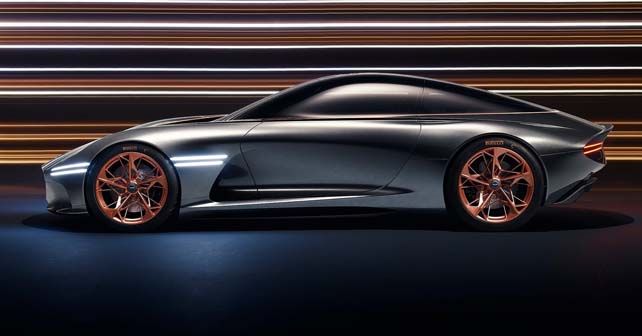 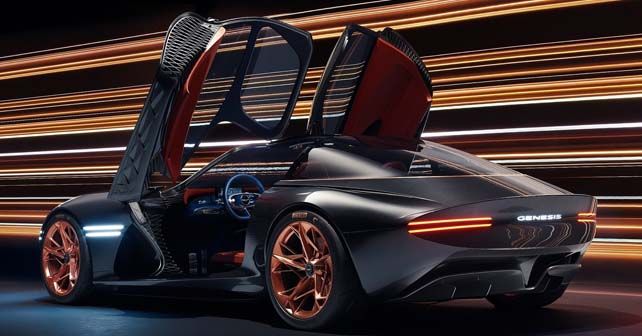 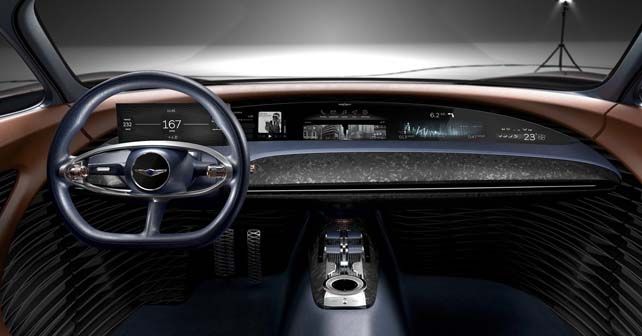 By now, it's a known fact that Hyundai doesn’t want to limit itself to making just small and affordable family cars. And after surprising the world with the I30 N hot hatchback a couple of months ago, the Korean brand is looking all set to have a go at the high-end, high-performance grand tourer segment. And the first glimpse of its effort was seen at the 2018 New York Motor Show, where its sub-brand Genesis revealed the cutting-edge Essentia concept.

Before we get on with its internals and other details, it has to be said that it looks gob-smacking! Finished entirely in carbon-fibre, the body of the Genesis is full of gorgeous design lines. It’s a proper looker – which is kind of understood since it’s designed by former Audi/Lamborghini designer, Luc Donckerwolke. The side profile is the most striking angle – the long bonnet, angular arches and those stunning copper-colour wheels are very tastefully done, we think. Plus, it gets more brownie points for its butterfly doors.

The Genesis Essentia concept is propelled by electric power, but the company hasn’t revealed any specific numbers. The official release just says that there’ll be “high-density battery pack and multiple electric motors”. That said, Genesis does claim that it’ll do 0-100km/h time in around 3 seconds.

Inside, the Essentia has four seats that come with Cognac leather with chevron quilting. The dashboard, on the other hand, is a seamless information cluster. The driver gets an 8-inch wide-screen display in front. There’s a lot of futuristic tech inside, including an advanced vehicle-to-infrastructure and vehicle-to-vehicle connectivity system.

At the moment, the Genesis Essentia is just a concept and there’s no confirmation of it entering production any time soon. But, even then, the Essentia concept is a sign of things to come from the Koreans.