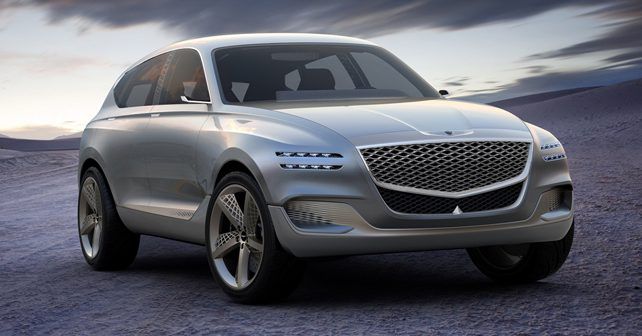 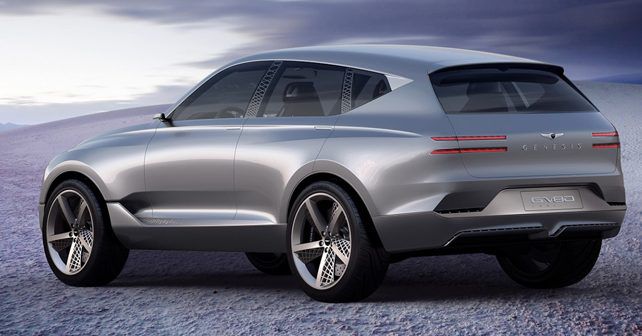 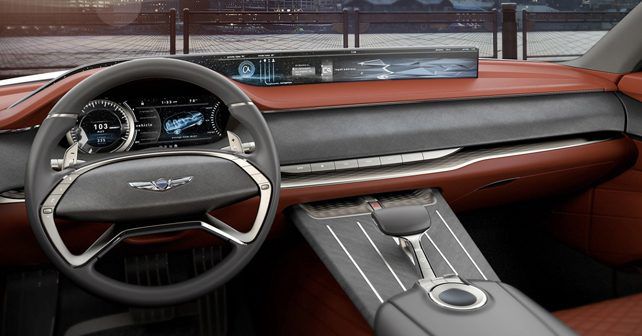 The Genesis GV80 concept previews the future of the firm's SUVs. To enter production by 2020.

Hyundai’s in-house luxury division Genesis showcased its first ever SUV in the shape of the GV80 concept at the 2017 New York Motor Show. Although the vehicle is still in conceptual stage, it gives us a glimpse of what future Genesis SUVs may look like, as and when they enter production.

Thus far, Genesis has only produced sedans. But since the company plans to bring up to six new models by 2020, at least of one of those will be an SUV. And while exact details of the Genesis SUV may not be out as yet, the GV80 concept present at the show at least previews the design language of the future model. Up in front, there’s a shiny and huge diamond mesh grille and sleek quad-lamps. The overall dimensions of the SUV, while not revealed, are reportedly going to be similar to the likes of the Jaguar F-Pace. Among other interesting bits on the outside, the 23-inch mesh alloy wheels look stunning, albeit they shouldn’t be available on the road-going version for sure.

Inside, there’s a huge 22-inch curved display that merges into the instrument cluster, which gets an analogue speedometer. There’s leather everywhere, of course, giving the interior that quintessential luxury feel.

Being a show car at the moment, the GV80 concept is powered by a plug-in hydrogen fuel cell electric technology. The company has not outed the specifications of the powertrain, but that doesn’t mean that it won’t make it to production. Hyundai has many hydrogen fuel cell powered cars available in the US market, so there’s a good chance that the production-spec Genesis GV80 may get one from the get go. In addition to that, there’ll be petrol and diesel powered versions as well. 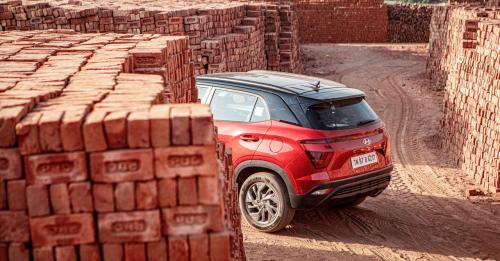