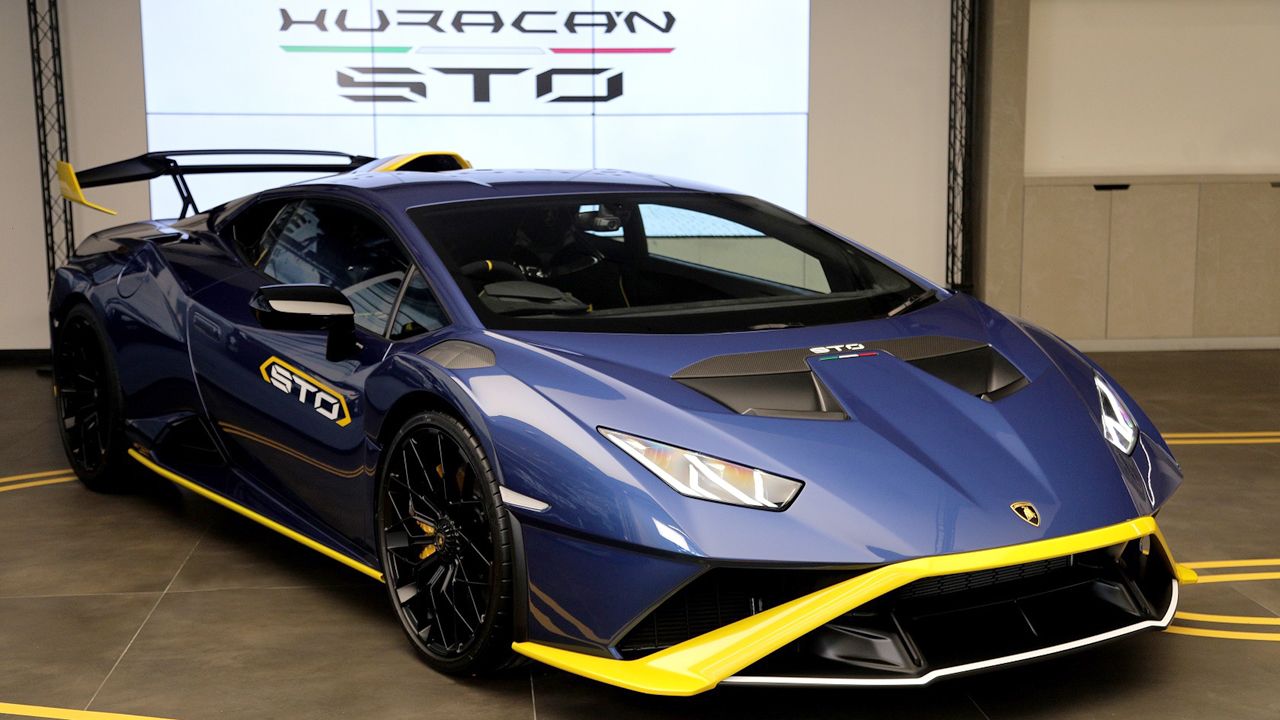 The fifth iteration of the Huracan EVO arrives in India in the form of the range-topping Huracan STO – the successor to the Huracan Performante.

Last month, Lamborghini launched the Huracan EVO RWD Spyder in India for those who admire the thrills of open-top motoring. And now, hot on the heels of the convertible, Lamborghini has also brought the most extreme version of the Huracan to our shores – the Huracan STO – at a whopping price of ₹4.99 crores (ex-showroom).

Unlike the previous hardcore Huracan, the Performante, which was adapted for track use from a road-going car, the Huracan STO does it the other way around, as it is a purpose-built track weapon that's been homologated for road use. This is also evident in its STO moniker, which stands for Super Trofeo Omologata and broadly translates into 'race car homologated'. Plus, it's been developed in conjunction with Lamborghini's Squadra Corse racing division. Therefore, it finds its roots in the Huracan Super Trofeo EVO and the three-time 24 Hours of Daytona-winning Huracan GT3 EVO race cars. 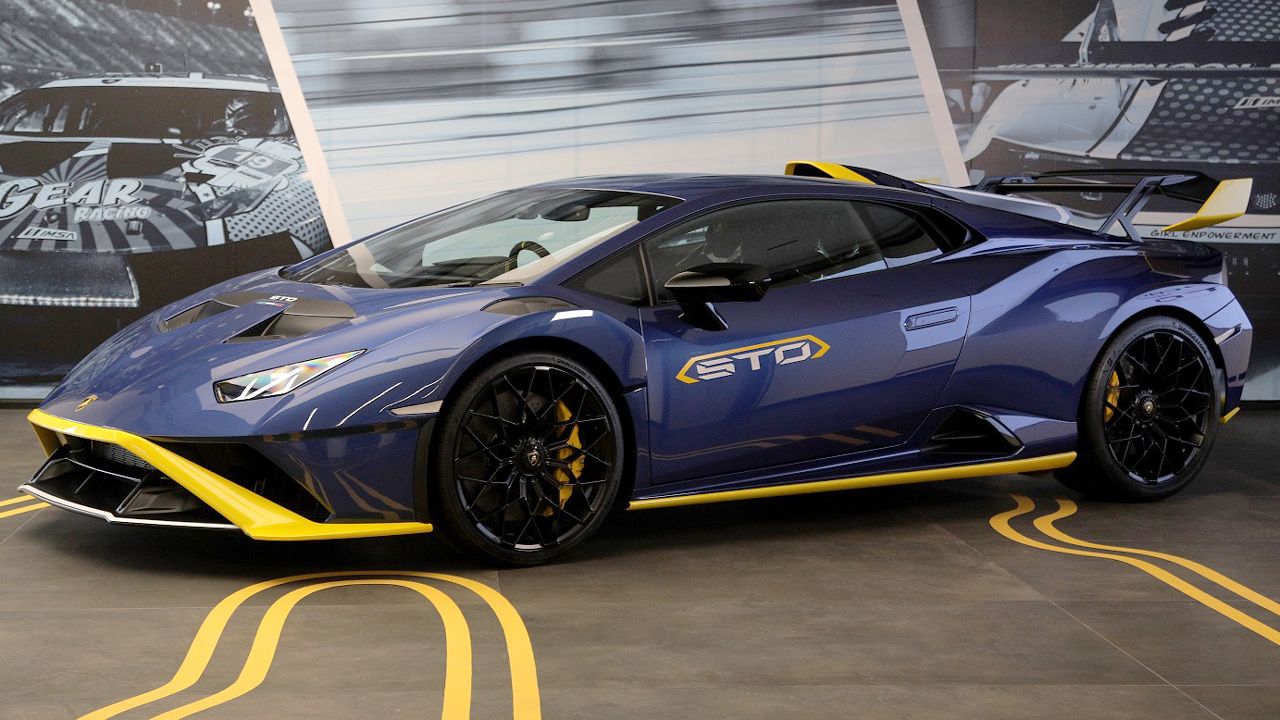 The Huracan STO is powered by the same 5.2-litre naturally-aspirated V10 as the Huracan EVO/Performante, with an unchanged power output of 630bhp. However, the torque rating has gone down from the EVO/Performante's 600Nm to 565Nm @ 6,500rpm. This, however, does not indicate a reduction in overall performance in any way because of the extreme weight-shedding and aerodynamic wizardry that's been employed in the Huracan STO.

It can dismiss the 0 – 100km/h mark in just three seconds and needs only nine seconds to reach 200km/h from a standstill. The top speed is capped at 310km/h. Being a thorough-bred track weapon, the Huracan STO remains rear-wheel-drive only and features three new driving modes – STO, Trofeo, and Pioggia (Rain) – which work with the Lamborghini Veicolo Dinamica Integrata (LDVI) system. 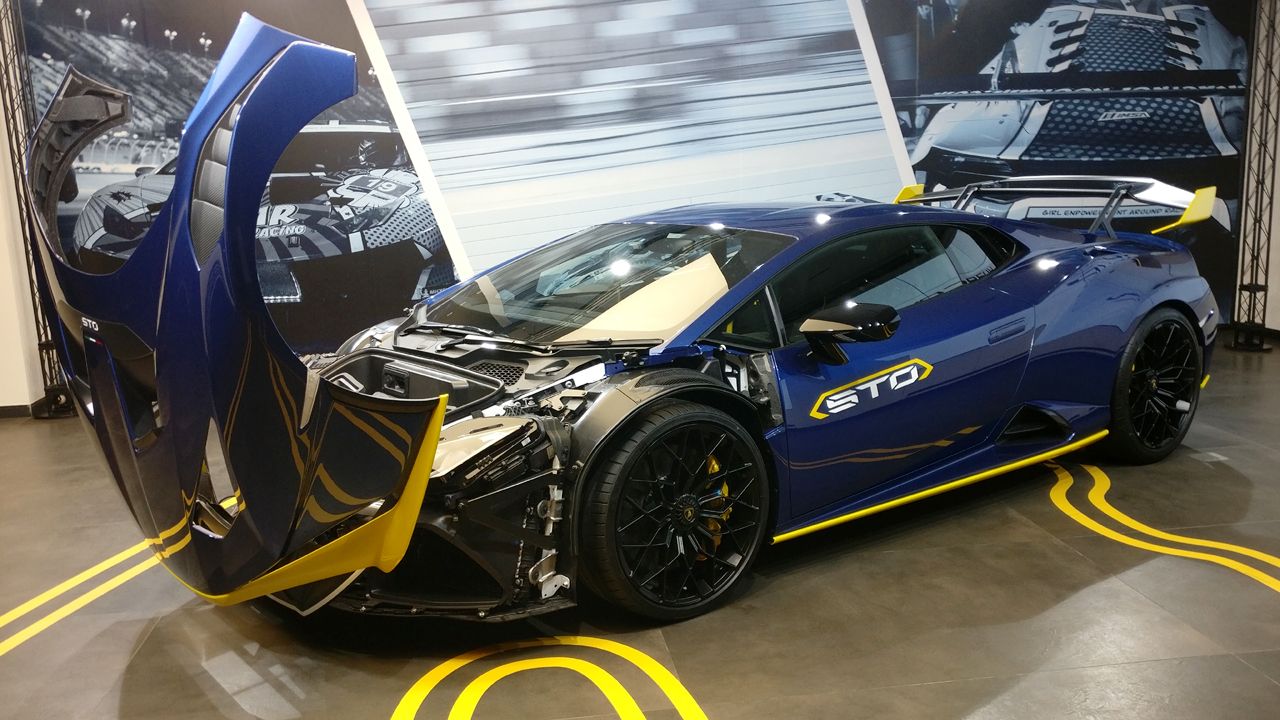 With more than 75% of the bodywork done in carbon fibre, the Huracan STO weighs just 1,339kgs (dry weight), which makes it 43kgs lighter than the Performante. It's a result of bits like the windscreen that's been made 20% lighter than before. Even the entire front section (cofango), comprising the bonnet, fenders, and bumper, is now a single-piece unit. New air vents on the bonnet, coupled with a new front splitter, and additional louvres on the fenders further optimise airflow to the engine and front wheels. The rear fenders feature NACA-style air intakes, which also help increase downforce, and a manually-adjustable single-slotted rear wing, with double airfoil, increases the Huracan STO's aerodynamic capability further. Thanks to these tweaks, the Huracan STO offers 53% better downforce than the Huracan Performante. 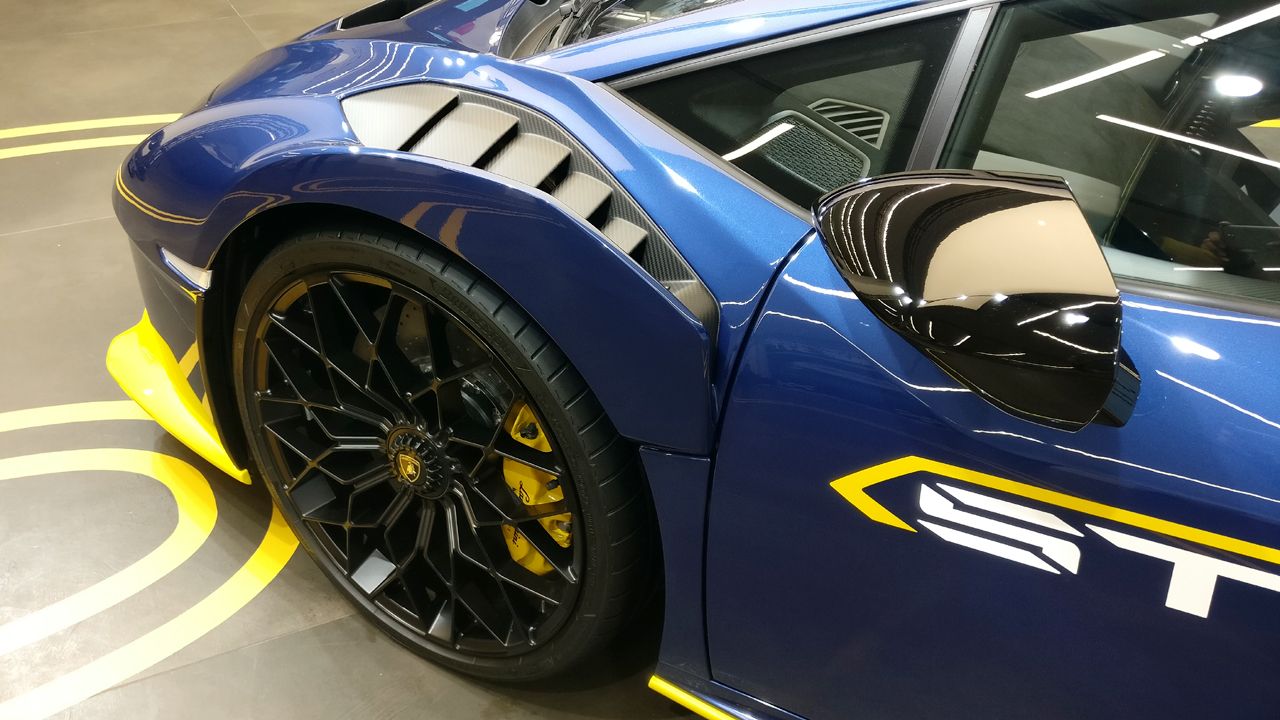 In terms of equipment, the Huracan STO benefits from new F1-style Brembo CCM-R carbon-ceramic brakes that help it come to a dead stop from 100km/h in just 30 metres.