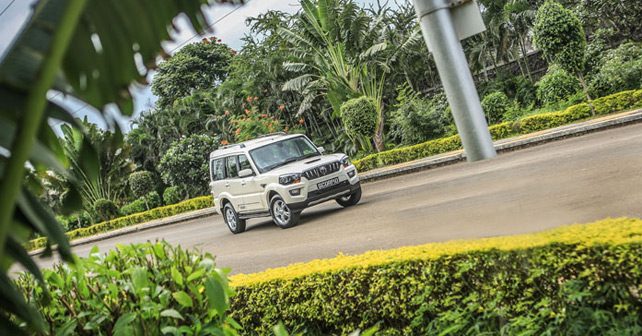 With the temporary ban on 2,000cc and above diesel engines in passenger cars, Mahindra brings in a new 1.99 litre diesel engine to sell the Scorpio and XUV500 in Delhi

In response to the ban on large capacity diesel engines in Delhi, Mahindra has come back fighting with a new derivative of its 2.2 litre, four cylinder mHawk diesel engine in the form of the 1.99 litre diesel engine. Currently no car maker is allowed to sell passenger cars with diesel engines of 2,000cc or larger in the national capital till the 31st of March, 2016. This means that sales of the Bolero, Scorpio and XUV500 came to a temporary halt for Mahindra in Delhi.

As a result, Mahindra went back to the drawing board and came back with a 1.99 litre version of the 2.2 litre engine currently serving in the Scorpio and XUV500. This means that the recently manufactured versions of the Scorpio and XUV500 will be available for sale in the national capital once they hit showrooms. Bolero sales are now largely accounted for outside metro cities and it does not come with the 2.2 litre mHawk engine either.

The new 1.99 litre diesel engine from Mahindra is available in two states of tune, 120bhp for the Scorpio and a higher spec 140bhp for the XUV500. The 2.2 litre engine also develops identical power outputs for both vehicles.

Speaking on this occasion, Pravin Shah, President & Chief Executive (Automotive), Mahindra & Mahindra said, “This new engine, the development of which started in August 2014, is now ready for launch on both the New Generation Scorpio and the New Age XUV500. We do hope that our customers would enjoy driving these vehicles which deliver the performance of our currently on offer 2.2 litre mHawk engines”.

The Scorpio and XUV500 account for 40 per cent of Mahindra’s monthly sales and the ban in Delhi is undoubtedly a setback for Mahindra, until now that is.