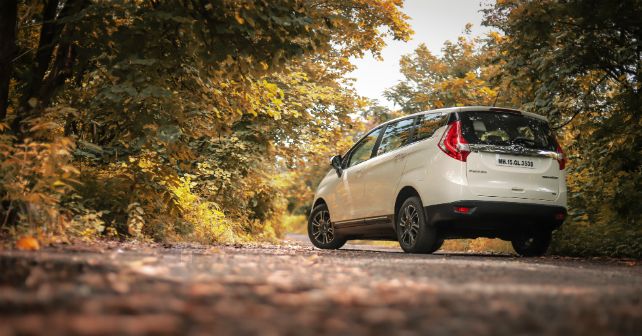 The Mahindra Marazzo's prices will be hiked from January 1st, 2019.

Since its launch in September 2018, the Mahindra Marazzo has been having an impressive run in the market. The newly launched MPV has already garnered over 10,000 bookings, while Mahindra despatched nearly 4,000 units of the Marazzo across the country in October 2018. There’s no denying then that it’s been received well by customers. However, there’s going to be a bit of a hurdle in the proceedings beginning 2019, as Mahindra has announced that the prices of the Marazzo will go up by Rs 30,000 – Rs 40,000 from January next year.

According to Veejay Ram Nakra, Chief of Sales and Marketing – Automotive Division, Mahindra & Mahindra, “As mentioned at the launch, the price of Marazzo was an introductory one. Effective January 1st 2019, we will be taking a price hike on the Marazzo, after a reasonable period of 4 months from its launch.”

In case you’ve forgotten the introductory prices, here’s a quick reminder. The Marazzo was launched in four variants – M2, M4, M6 and M8 – priced between Rs 9.99 lakh and Rs 13.90 lakh (ex-showroom, Delhi). Sure, the hike in prices won’t be appreciated by prospective customers, but despite the increase in prices, we believe the Marazzo will still maintain its impressive value-for-money quotient. Not to mention, it's also a very capable product overall.

The Mahindra Marazzo is powered by a 1.5-litre diesel engine that produces 121bhp and 300Nm of torque. The power is transmitted via a 6-speed manual gearbox. The MPV is available as both a 7- or 8-seater. The company is also working on a petrol version of the Marazzo, which is expected to come out in a year’s time and it’ll meet BS-VI norms.