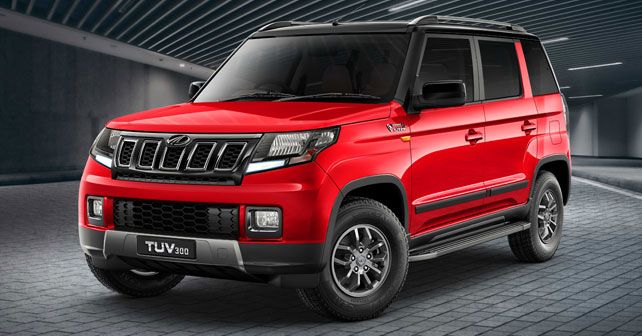 Mahindra has launched a facelifted version of the TUV300 to keep its compact SUV up to speed with its more car-like rivals such as the Ford EcoSport, Maruti Suzuki Vitara Brezza, Tata Nexon and Mahindra XUV300. The updated TUV300 features some cosmetic enhancements, which includes a new piano finish surrounds for the front grille, a new headlamp design with integrated DRLs, lower black plastic body cladding around the car with a new faux front skid plate on the front bumper, new tail lamps, a new spare wheel cover with an X–shaped design and two new paint shade options – Highway Red and Mystic Copper. Inside, the updates for the new TUV300 include a reverse camera display in its 8-inch touchscreen infotainment system and silver accents in the cabin. 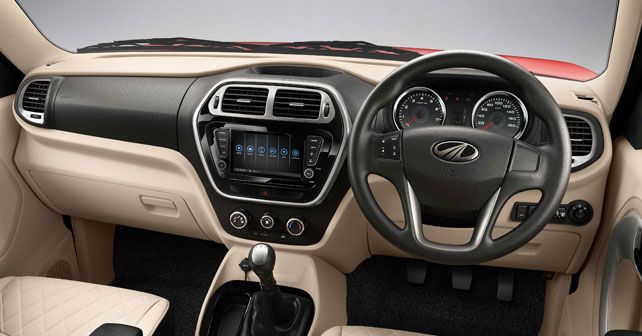 The new Mahindra TUV300continues to be powered by its 1.5-litre, three-cylinder turbo diesel engine that’s good for 100bhp of max power and 240Nm of peak torque. The TUV300 is offered with a choice of a five-speed manual gearbox as well as a 5-speed AMT automatic transmission. Mahindra will continue to sell the TUV300 with a choice of five variants – T4+, T6+, T8, T10 and T10 (O), which replaces the T10 Dual Tone and offers leatherette seat covers and lumbar support.

Mahindra also states that the suspension of the TUV300 has also been re-tuned to offer a ‘better’ ride experience. 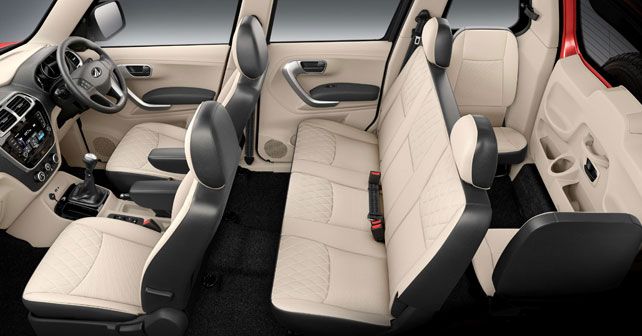 Veejay Ram Nakra, Chief of Sales and Marketing, Automotive Division, Mahindra & Mahindra, said, ‘We are pleased to launch the Bold New TUV300, the facelift version of the only compact SUV with an authentic SUV design that combines the space & comfort of 7 seats with performance and hi-tech features. The TUV300 has already established itself in the compact SUV segment with 1L satisfied customers. I am confident that the bolder and more muscular design will appeal to buyers looking for a true SUV to make a stylish and powerful statement while enabling them to enhance their lifestyles.’

The Mahindra TUV300 is the only proper ‘compact SUV’ on sale with its ladder frame chassis that has been borrowed from the Mahindra Scorpio. As a result, the TUV300 feels more like an SUV on the road with SUV-like drive dynamins that ensures that it can truly take a beating while dealing with the rough stuff, unlike the other more car-like compact SUVs on sale today.