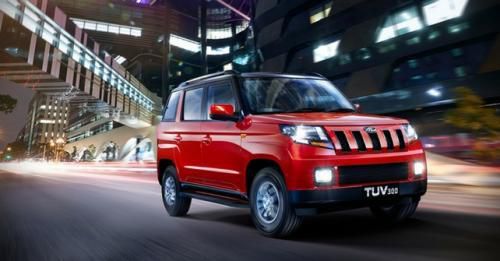 Mahindra has introduced a new top-of-the-line variant of the TUV300 compact SUV to keep it competitive against its established rivals.

Mahindra has introduced a new top-end trim of its TUV300 compact SUV, called the T10. The T10 variant will be available with the more powerful mHawk100 engine, in both manual and AMT avatars.

Differentiating the T10 from the lower variants of TUV300 are certain aesthetic enhancements and additional equipment. Exterior changes include availability of a dual tone paint scheme, gloss black finished grille and fog lamp surrounds, carbon black finish for the headlights, while the alloy wheels, roof rails and spare wheel cover are finished in a new metallic grey hue.

Inside, the equipment list is now lengthier. The most prominent change includes an all-new infotainment system featuring a 7-inch touchscreen, navigation, USB, AUX, and Bluetooth connectivity. Sadly, Android Auto and Apple CarPlay have been given a miss. Then, there is new leatherette upholstery as well. 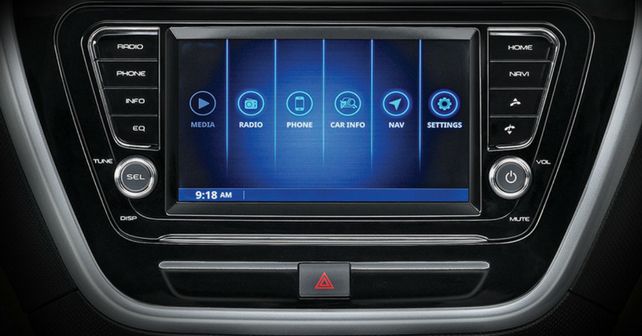 Mechanically, the T10 variant retains the 1.5-litre diesel engine capable of producing 100bhp of power and 240Nm of torque. Power is sent to the front wheels via either a 5-speed manual gearbox, or a 5-speed AMT.

The Mahindra TUV300 is a body on frame sub 4-metre compact SUV, while its major rivals - Maruti Suzuki Vitara Brezza and Ford EcoSport feature a unibody construction. Mahindra is yet to reveal the prices of this new top-end variant of the TUV300. Expect it to cost approximately Rs. 25,000 more than the T8 variant.