Mahindra U321 MPV production name to be announced on July 31 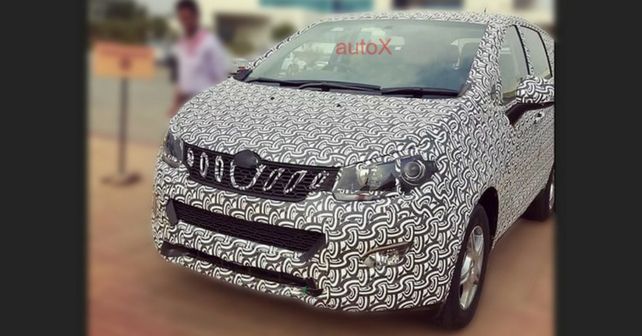 The much-awaited Mahindra U321 MPV will be christened on July 31. More details to follow on the same day.

Mahindra has announced that the company will reveal the name and other details pertaining to its new MPV, codenamed the U321, on July 31. At the moment, we don’t have any clue on what it’ll be called, but we think it’s only right to assume that its name will end with an ‘O’ or maybe two O's.

The Mahindra U321 is currently in the final stages of testing, as it’s been spied on more than once over a year or so. While details are sparse at the moment, the new MPV will replace the Xylo and will be aimed squarely at the likes of the Toyota Innova Crysta and Tata Hexa. It’s going to be underpinned on an all-new ladder-frame platform, as opposed to early rumours, which suggested it to be a monocoque chassis. It’s also believed that the new MPV will introduce Mahindra’s all-new, 1.6-litre turbocharged diesel engine that will have a power output of around 125 – 130bhp. A six-speed manual is expected to be standard fitment, while it may also be offered with a six-speed Aisin-sourced automatic gearbox – the same that’s available on the XUV500.

As for its styling, it’ll have familiar design elements like a toothed grille at the front, sporty wheels and dual-barrel projector lamps. The interior is expected to be inspired by the XUV500, meaning there’ll be a lot of features. Some spy pics reveal the higher trims to have dual-tone piano black finish and a 7-inch touchscreen infotainment system.