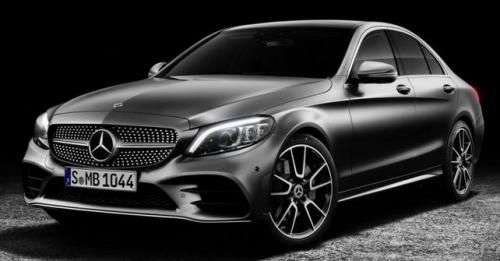 Mercedes-Benz has digitally unveiled the mid-cycle refresh for its C-Class. The updated model will debut at the upcoming Geneva Motor Show.

Aesthetically, the car gains subtle styling updates inside and out. The new appearance is defined in particular by its front end and the design of the headlamps and tail lights. The optionally available multibeam LED headlamps are new to the C-Class, where each headlamp incorporates 84 individually controllable LEDs.

On the new version, the AMG Line features the diamond radiator grille as standard. The front bumpers have been redesigned for all variants. They feature either a silver trim strip (standard trim), a chrome-plated trim strip (Avantgarde trim) or a three-part chrome trim strip (Exclusive trim). 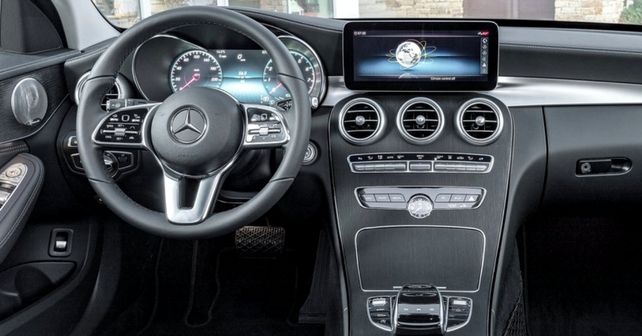 The basic design of the interior on the facelift remains identical to the pre-facelift model, however, the cabin now sports news colours and added equipment. The C now adopts the control and display concept from the current S-Class and comes with the option of a fully digital instrument display with three individually selectable display styles. The facelifted C-class also gets optional smartphone integration supporting Apple CarPlay, Android Auto and MirrorLink. Furthermore, the car can also be equipped with a wireless charging pad.

Moving along with the industry trend, the new C also features the latest driving assistance systems, making it drive semi-autonomously in certain situations. However, as you’d expect, these autonomous aids will very likely not be offered on the India-spec C-Class facelift.

The diesel powertrains have been updated along with the facelift, while the petrol is all-new. A new 4-cylinder petrol propels the new C200 and C300, producing 188bhp in the former and 241bhp in the latter. The C200 now also features mild hybrid tech with Merc’s ‘EQ-Boost’, which provides an additional 17bhp power boost during a downshift with the help of the on board alternator. While the pre-facelift C200 is sold in India, it remains to be seen if Merc is keen on bringing the new model since its a mild-hybrid and thus will attract more taxes. 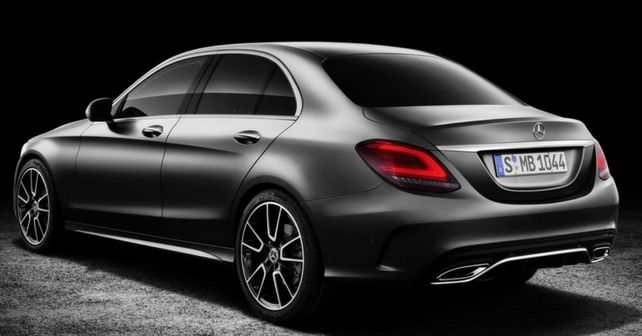 While the facelifted C-Class is sure to arrive in India, it is not yet known exactly when. The car lies in a very competitive luxury saloon segment which includes the Audi A4, BMW 3 Series, Jaguar XE and Volvo S60 in India. Globally, the C’s competition gets even more intense with rivals like the Lexus IS, Acura TLX, Genesis G70, Cadillac ATS, etc.