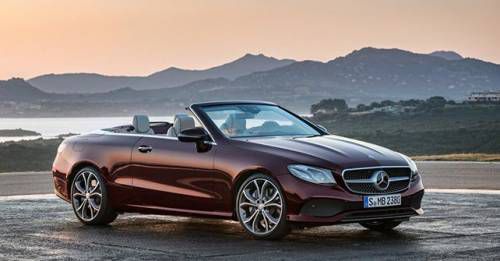 The all new Mercedes-Benz E-Class Cabriolet has been revealed ahead of its public debut at the Geneva Motor Show.

The 87th Geneva Motor Show will witness the public debut of the all new Mercedes-Benz E-Class. After months of teasing, Mercedes has finally revealed the production car, which is the final version of the E-Class family. The E-class family includes the E-Class sedan, the E-Class coupe, the E-Class estate, the E-Class long wheelbase, the E-Class All-Terrain and the E63 from the AMG division. 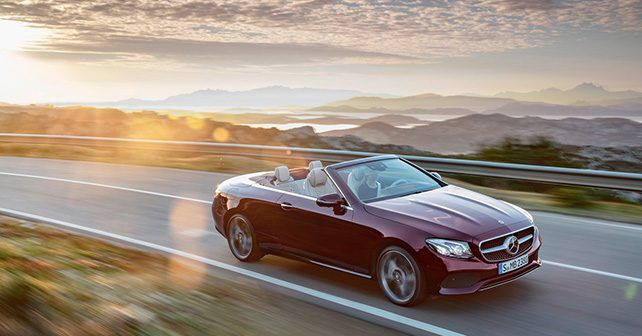 The E-Class cabriolet features a soft top rood which is available in dark brown, dark blue, dark red or black fabric colours. The roof has been borrowed from the much larger S-Class Cabriolet and can be fully opened or closed in 20 seconds, even on the move up to the speed of 50km/h.

Powering the E-Class cabriolet will be available with a choice petrol and diesel engines which are found in the standard car and for the first time Mercedes will offer the E- Class Cabriolet with permanent 4Matic all-wheel drive as well. 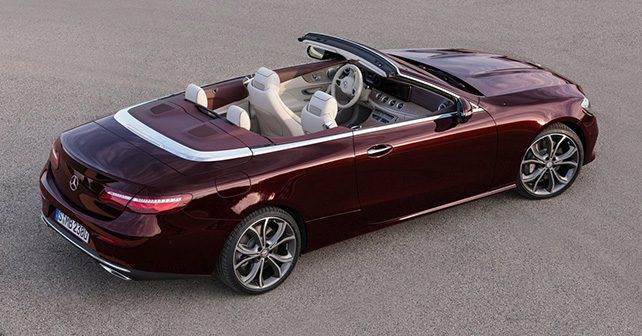 The brand new E-Class long wheelbase was recently launched in India. Mercedes-Benz also sells the previous generation of the convertible E-Class. With the introduction of the new generation model, it is likely that Mercedes will launch the latest generation of the convertible E-Class in India with the current engine options. Currently the E-Class Cabriolet is powered by a 3.0litre V6 biturbo engine. For the Indian market, the same engine mated to the new 9G-Tronic automatic transmission is expected to be offered. The engine now produces 324bhp and 467Nm of torque. however, the optional 4Matic all-wheel drive system is not yet confirmed for the Indian market. 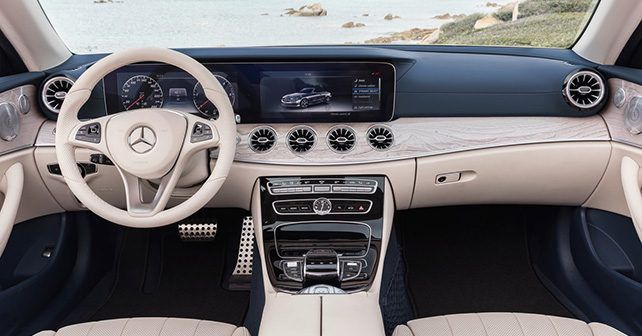 The E-Class Cabriolet will be displayed at the Geneva Motor Show where the convertible luxury car will make its global public debut. Its arrival to the Indian market is likely to be around the final quarter of 2017.