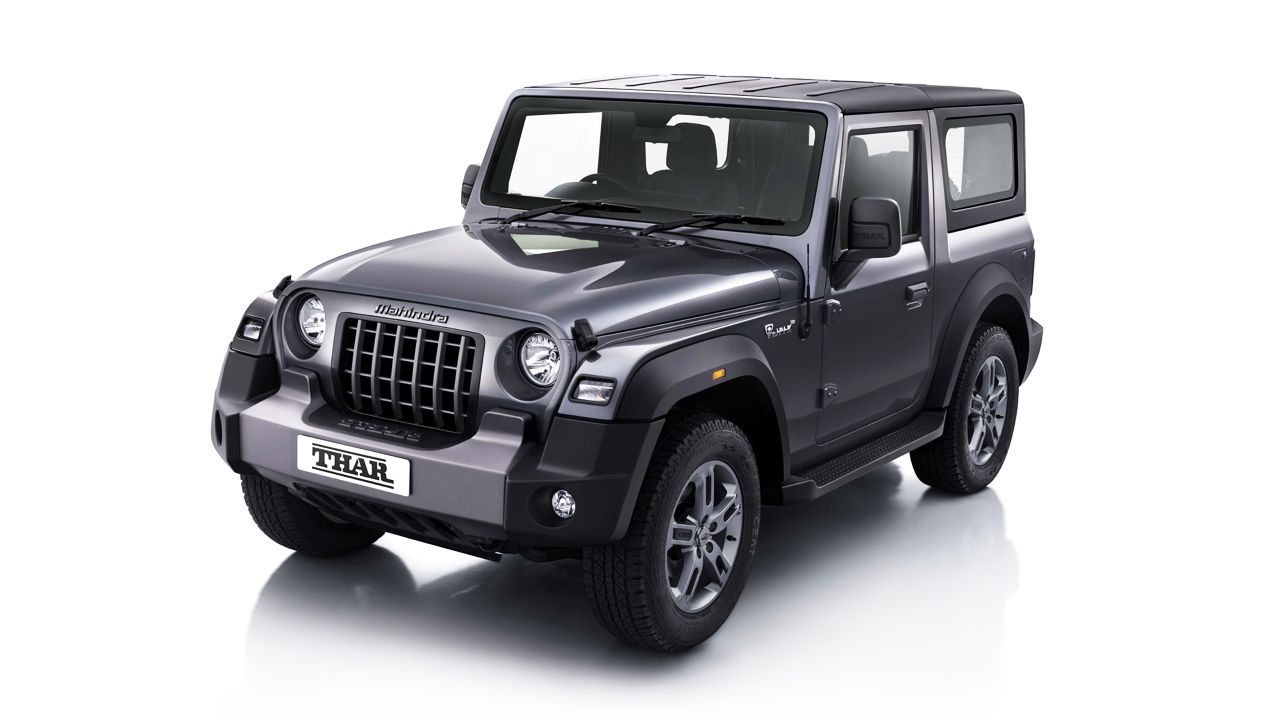 From being primarily a recreational off-road machine, in this second-generation avatar, the Mahindra Thar has now graduated to being a slightly more luxurious lifestyle offering. Prices start at ₹9.80 lakh.

We first got a glimpse and a taste of the all-new Mahindra Thar on 15th August. Since its debut though, one question has remained unanswered – how will it be priced? Mahindra has now launched the second-generation Thar at a starting price of ₹9.80 lakh. The Thar will now be offered in two variations - AX (for adventure) and LX (for lifestyle). The Thar is available in both soft-top and hard-top versions. Take a closer look at the variant-wise pricing of the all-new Thar below. The automatic option is only on offer in the LX trim and demands roughly ₹80,000 to ₹1.06 lakh more than the corresponding MT option. 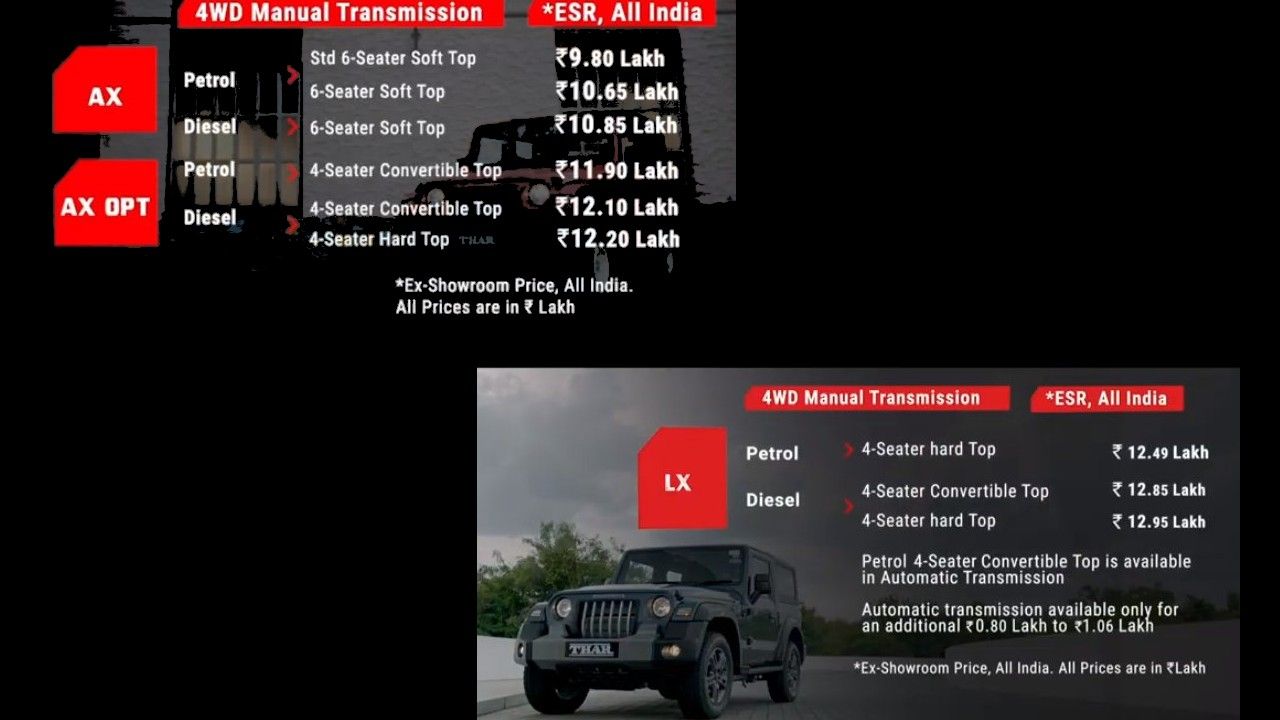 Unlike before, Mahindra will offer the Thar with a diesel as well as a petrol engine option. The petrol iteration produces 150bhp and 320Nm from Mahindra’s 2.0-litre mStallion engine. This engine only comes paired to a 6-speed manual in the AX trim, but also gets the option of a 6-speed automatic in the LX version. The diesel Thar, on the other hand, comes with the brand’s 2.2-litre mHawk unit that is good for 130bhp and 300Nm. The diesel too comes with the same transmission options.

With a four-wheel-drive system and a manually shifting transfer case, the Thar promises to be an extremely capable off-road machine. To further the cause, Mahindra has also raised the ground clearance to 226mm and increased the water wading depth to 650mm, 150mm more than before. The approach, break-over and departure angles have also been improved.

The Thar also sports an all-new design, but it does retain some key elements from the older model. For instance, the circular front headlamps remain but the grille is now smaller. The bumpers at both ends continue to be geometrical but now sit a little more flush with the overall design. The fog lamps are positioned on the front bumper. Around the back, the Thar gets a split tailgate, with the door and the glass section opening differently. Taillamps are now the LED kind.

The new-gen Thar looks a lot richer on the inside and now gets a lot of modern technology, including a touchscreen infotainment unit, climate control, cruise control, roof-mounted speakers and more.

Bookings for the new Thar have commenced today, and deliveries are expected to start on 1st November. The Thar is now on sale in six colour options.

We’ve already got our hands on the new Thar. You can read our detailed review here...

Check out all the variant information here.

Here’s a quick walkaround video of the exterior of the Thar: 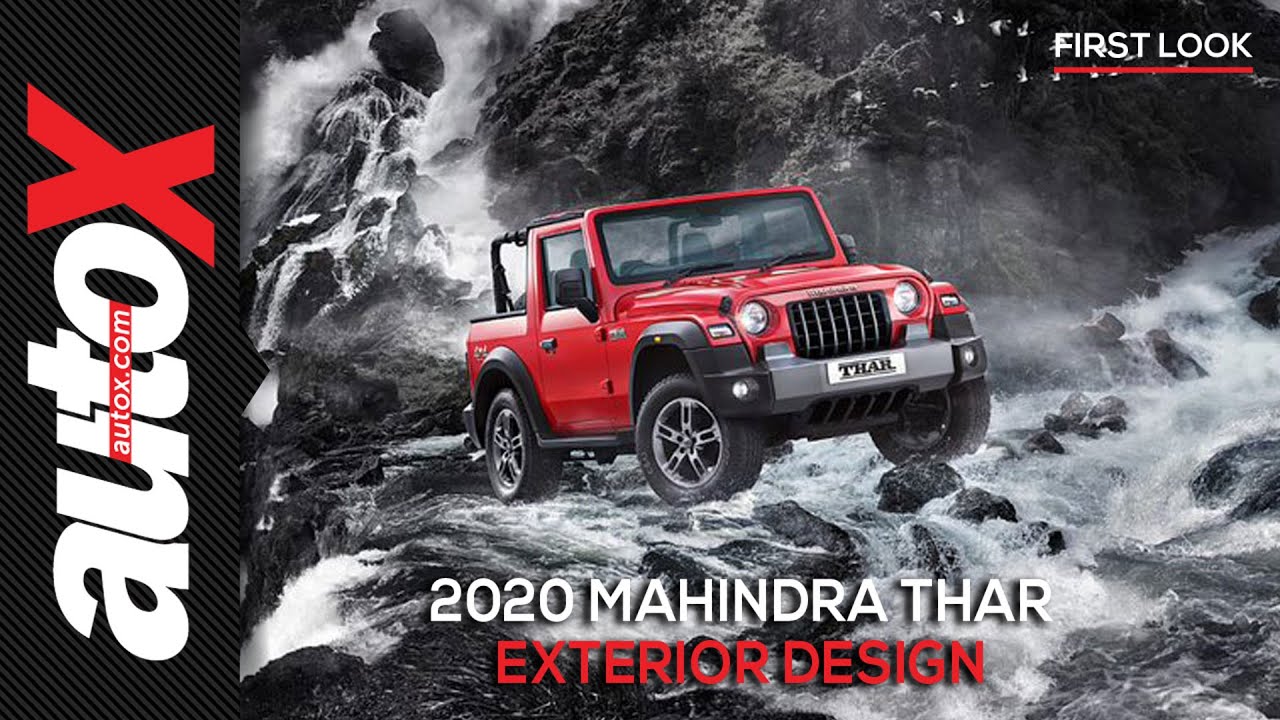