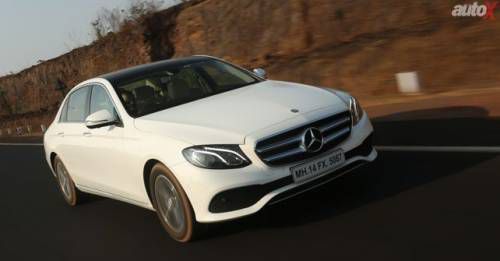 With the new E-Class, Mercedes India is looking to change the market trend of the segment in India with a focus on the rear-seat passenger. Ishan recently drove one in Goa and weighs in on what the customers can expect from the new car.

The E-Class holds major significance for Mercedes as far as the Indian market is concerned. Since their entry into India in 1996, it has been their single-biggest selling product. So, when the tenth-generation E-Class came about, Mercedes made the interesting move of launching a long-wheelbase version of the car – the only right-hand drive market in the world to do so.

And personally, I think this is a very good idea. The average E-Class customer rarely drives and is almost always chauffeured around, in which case the amount of space in the rear is very important. And with over 5-metres in length, the E-Class has it in spades. So, when sitting in the car you get an outstanding feeling of luxury and comfort – something that the current Mercedes quality levels and interior design also contribute to. Add to this a very well setup air suspension and it’s easy to visualize yourself being wafted around town while you casually read the newspaper or scroll the day’s happening on Twitter.

The extra space also works on another front; none of the E-Class’ rivals are of a similar length and so feel relatively cramped in the rear seat. The only possible direct alternative could perhaps be the Volvo S90 and even that doesn’t match the E on the space level. The Audi A6 and the BMW 5 Series don’t even come close. So, from that aspect alone, the E-Class seems to be a certain winner.

If there’s one aspect of the E that I’m not a fan of, however, it is the design. While there’s nothing wrong with the design per se, but Mercedes’ new approach of one-design-fits-all is pretty uninspiring. Add to the fact that it makes differentiating between the C and the E-Class a pain, and that just irritates the heck out of the anorak in me. They’re not the only ones doing this though, but in any company’s case, just sticking to one design language across models has rarely paid dividends.

However, this move by Mercedes throws up two important questions. One, with the amount of space offered in the E, does one really need an S-Class? Well, not really, in my opinion. At an expected price point of about Rs. 50 lakhs cheaper than the cheapest S, the E offers fantastic value when you look at the amount of space and features offered. Honestly, I think the only reason the S can be justified would be that the buyer wants an S-Class for the prestige associated with it, because for everything else, the E is more than sufficient and more affordable too.

The bigger challenge though will be for the new BMW 5 Series. Offered in the standard wheelbase version in India, the 5 is bound to face a serious challenge with the E being more appealing to most customers. And the fact that the design of the 5 is too evolutionary and surprisingly staid, is not going to help matters. 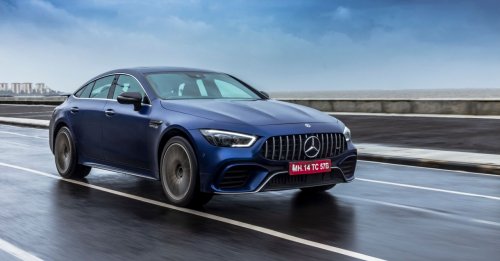