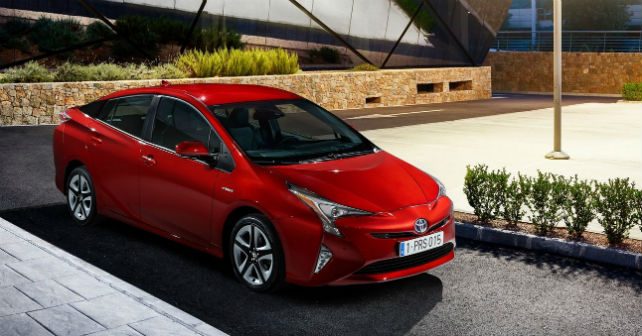 Coming to India via the CBU route, the new Toyota Prius is expected to be priced around Rs 40 lakh

Toyota Kirloskar Motor (TKM) took the wraps off its hybrid offering Prius at the 2016 Auto Expo in February. Now the car maker has given us a quick closer look of the car and confirmed that it will possibly make its way to India in January 2017. When the Prius moniker was first introduced in India in 2010 it tasted limited success but since then the tides have changed. Toyota is bullish about hybrid powertrains in India and is set to launch of the new Prius soon.

The first car to be based on Toyota’s new Toyota New Global Architecture (TNGA) platform, the Prius made its global debut at the Frankfurt Motor Show last year. The new Prius is longer and wider but lower than its predecessor. This has allowed Toyota to make more space on the inside. In fact, by moving the batteries under the rear seat instead of the boot (as in the previous model), Toyota has also managed to increase the boot space from 445litres to 502 litres.

As far as engine is concerned, the Prius employs a 1.8-litre petrol powerplant which works on conjunction with electric motor. While it makes 97bhp from the petrol unit and 71bhp from the electric motor, its combined peak output is 121bhp. The Japanese car maker claims it to return 10 per cent better fuel efficiency, while thermal efficiency has been improved to 40 per cent. Overall, Toyota claims the Prius to return 40 kilometres to a litre of fuel.

Expect the Toyota Prius to be heavily equipped with features including automatic climate control, a 4.2-inch instrumentation, 7.0-inch touchscreen infotainment, battery monitor and more. Expect the Prius to carry a sticker price of about Rs 40 lakh on its launch in January.