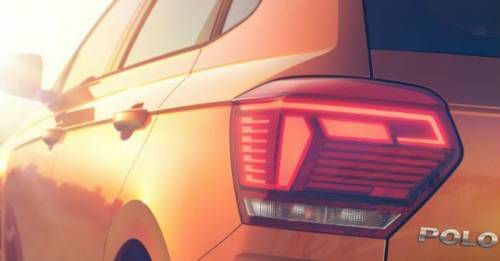 The sixth generation VW Polo will make its world debut on June 16.

Volkswagen has officially released teaser images of the upcoming sixth generation of the Polo hatchback. The images reveal the front and the rear lamps of the car. While VW has just started to release the teasers of the new Polo, several spy-shots of the car have been floating across the web for quite a while now, leaving nothing much to imagination.

From what we interpret, the new VW Polo will not revolutionize the super mini segment with a radical shift in its design. Instead, the new design is expected to be an evolution of the current generation model, with many design cues being borrowed from its elder sibling, the Volkswagen Golf.

The new VW Polo will be the latest car to be underpinned by Volkswagen’s ever expanding MQB modular platform, just like its cousin, the latest generation Skoda Fabia.  What is worth noting is that the new car is expected to be longer and wider than the current generation model. This, hopefully, will address the current Polo’s biggest caveat – rear seat legroom.

Resting beneath the new Volkswagen Polo’s bonnet will be an extensive range of petrol and diesel engines from VW group’s stable.  The biggest addition to the car’s range will the availability of the new 1.5L TSI Evo petrol engine from the Golf, which features cylinder deactivation technology.  A much more powerful petrol engine under the sporty GTI variant is expected to debut a bit later. 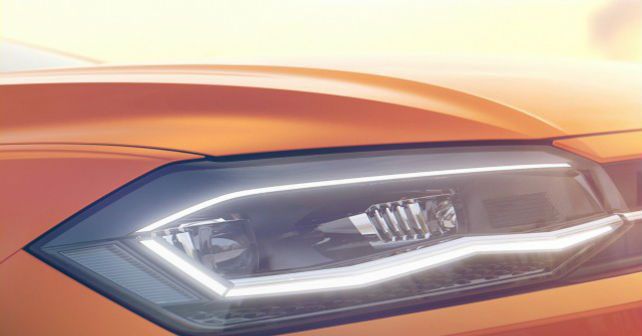 Volkswagen has ambitious plans of eventually replacing its entire diesel line-up with petrol-electric hybrids. How this new vision will affect the new Polo can only be said once the official launch happens.

On the new Polo, Klaus Bischoff, Head of Design at Volkswagen, said, “This Volkswagen can immediately be made out as the original of its class, but also as a completely new generation. A Polo with an expressive design which makes the compact sportier, cleaner and unique within the brand range. This is a car that fits in perfectly with our times – both visually and technologically.”

Volkswagen India has not revealed any timeline of when the new Polo will be heading to India. We might hear a word from the company once the car goes official.