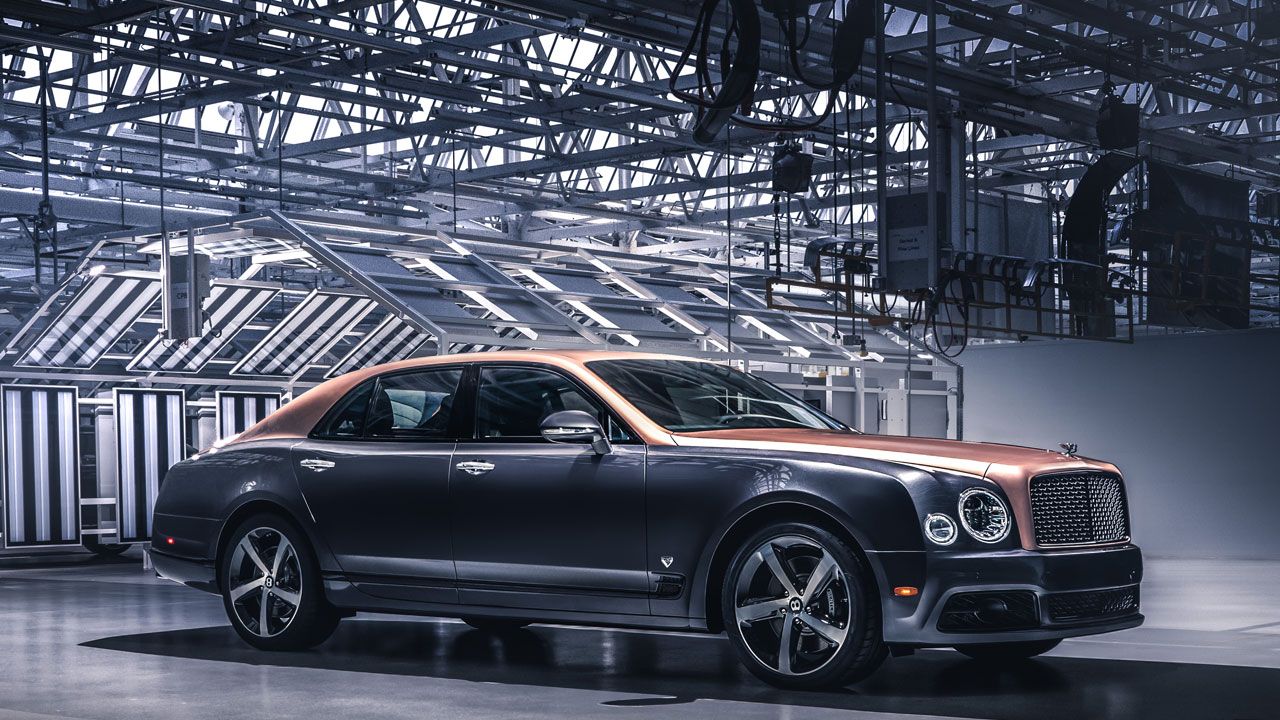 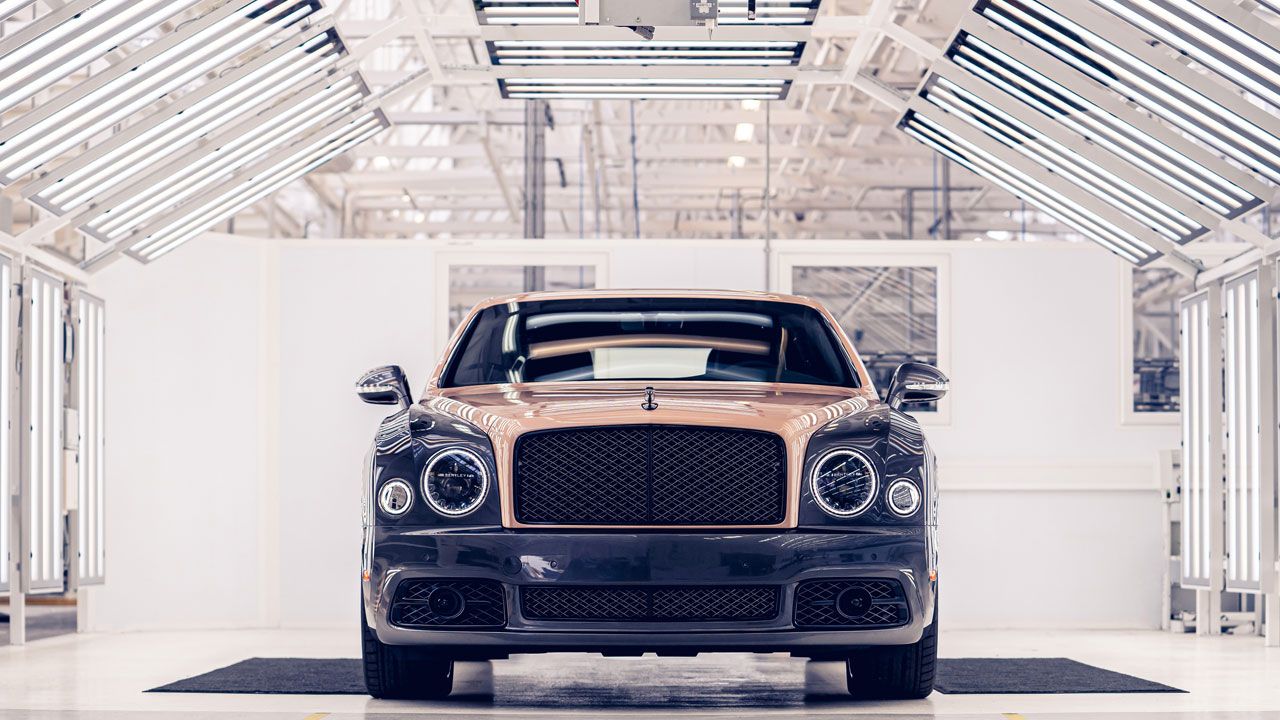 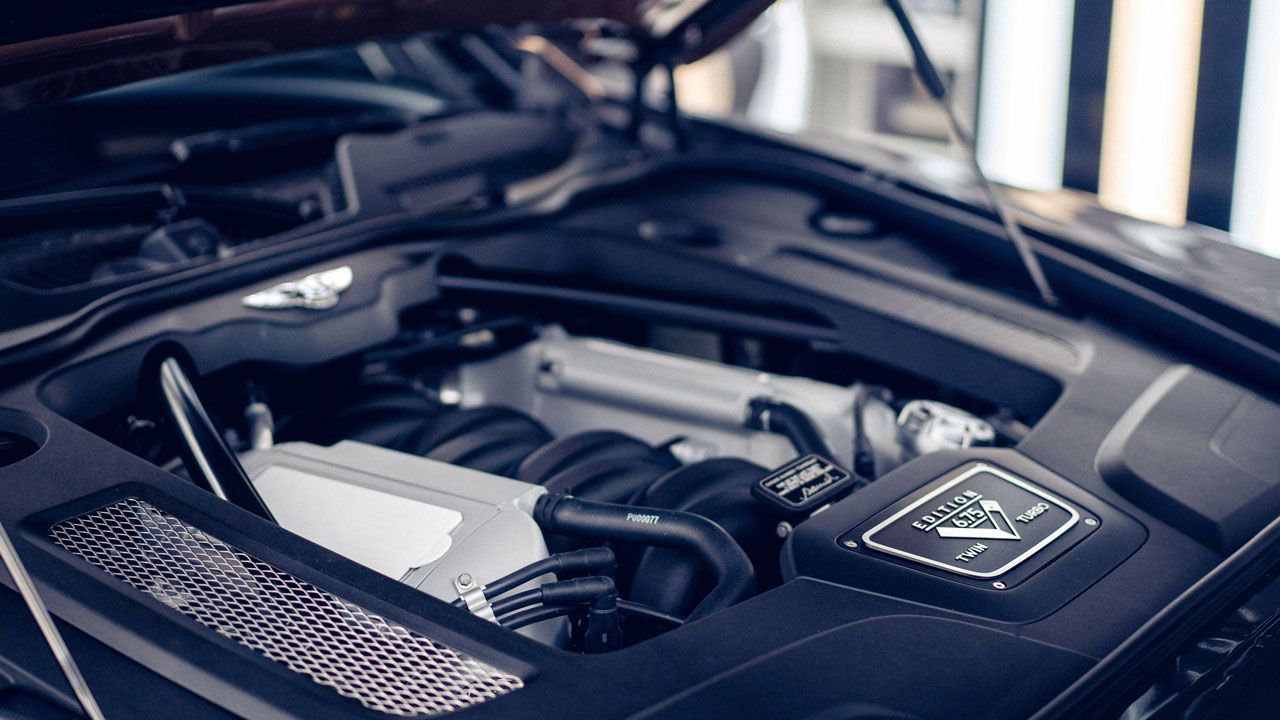 This Bentley Mulsanne Speed 6.75 Edition by Mulliner finished in Rose Gold over Tungsten is the penultimate Mulsanne, before Bentley pulls the plug on its flagship model.

As the legendary 6.75-litre Bentley V8 breathes into its final days, Bentley has revealed the penultimate unit of the Mulsanne, before the flagship Bentley is discontinued at the end of its 10-year production span. So this is it, the Bentley Mulsanne Speed 6.75 Edition by Mulliner. The Mulsanne 6.75 Edition by Mulliner pays tribute to the car’s engine with a Mulliner Serenity radiator grille, the Flying B Mascot has been given a dark tint treatment, and the 21-inch wheels get a bright machined finish with gloss black elements. Under the bonnet, the intake manifolds are finished in silver and the plaque that is signed by the craftsman building the engine, will be signed by Adrian Hallmark.

Inside the car, special touches include the faces of the clock and minor gauges feature schematic cutaway drawings of the engine, while the ventilation controls are replaced by designs capped by miniature versions of the engine oil cap.

“The Mulsanne is the culmination of all that we at Bentley have learnt during our first 100 years in producing the finest luxury cars in the world. As the flagship of our model range for over a decade, the Mulsanne has firmly solidified its place in the history of Bentley as nothing less than a true icon.  I am immensely proud of the hundreds of designers, engineers and craftspeople that brought the Mulsanne to life over the last ten years. Now, as we begin Bentley’s journey to define the future of sustainable luxury mobility through our Beyond100 strategy, the role of Bentley flagship is passed to the new Flying Spur, “said, Bentley Chairman and Chief Executive, Adrian Hallmark.

The Mulsanne name comes from a long line of uber-luxury Bentleys and is one of the few cars that is still entirely built by hand. So in order to pay tribute to their work, a bunch of Bentley colleagues gathered for socially-distanced photographs with the final cars. Some of them naturally felt that the highlight of the car is its 6.75-litre engine which is the longest production V8 engine. It’s been on sale for over 60 years! This is naturally a big moment for Bentley and end of the Mulsanne’s production makes a fitting send-off for the iconic engine. In the current Mulsanne, the unit develops 530bhp and an earth-shattering 1100Nm of torque.

The car you see here in pictures - as mentioned earlier - is the penultimate unit of the Mulsanne, finished in Rose Gold over Tungsten, this car is heading to a customer in the USA. But the last car, an undoubtedly extremely special version being tailored for the close of the production line, is keeping its future home as a closely guarded secret. 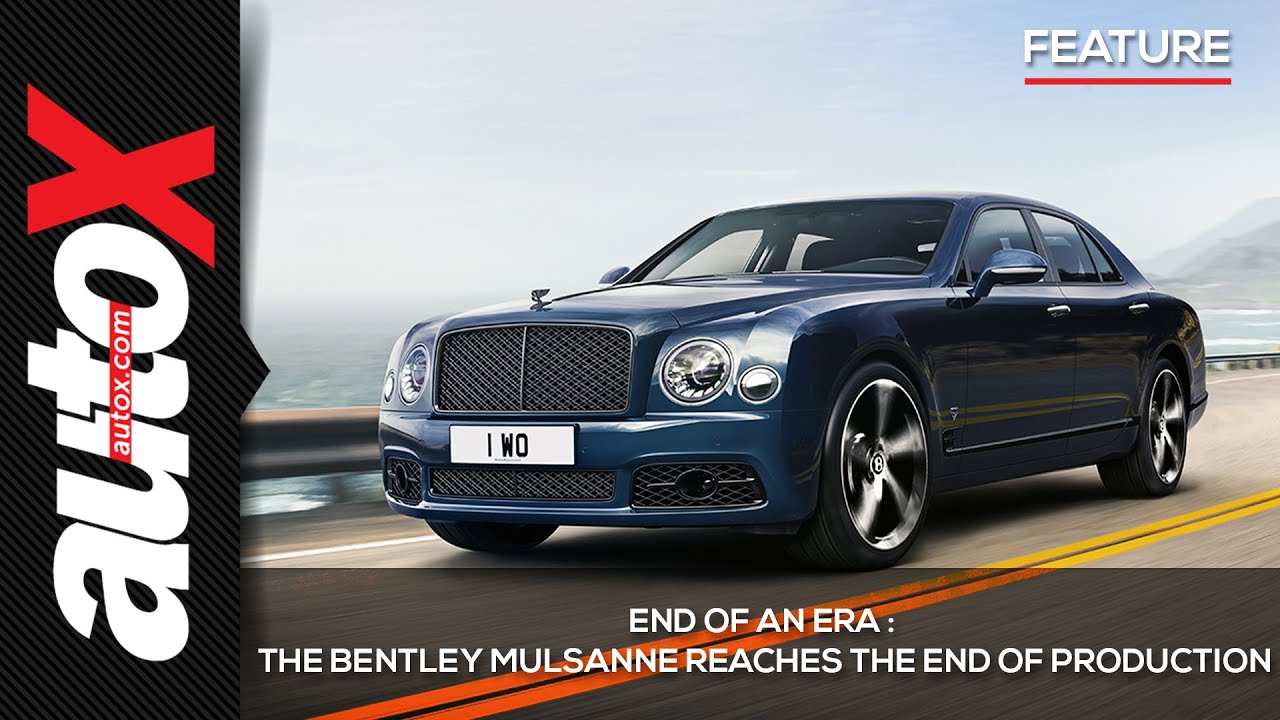 Also read - End of an Era: The Bentley Mulsanne