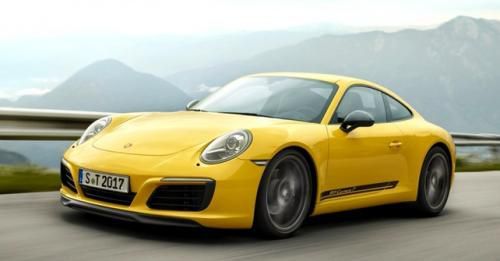 Porsche, of late, has been taking the the purist concept very seriously. From the 911 R to the recently revealed 718 GTS series, the Stuttgart based sports carmaker has been rapidly adding more driver focused cars to its portfolio.

The latest addition to the Porsche 911 range is the Carrera T, which is a puristic approach towards the entry level 911. The ‘T’ in the new model represents Touring.

The core philosophy behind the development of this model is to enhance performance and intensify driving pleasure. Porsche has achieved this by reducing the weight, shortening the transmission ratios from the manual gearbox, and adding a rear-wheel drive with mechanical rear differential lock.

The materials used to construct the Carrera T are lighter as well, making it around 20kg lighter than the regular Carrera. The rear window and rear side windows are now made from lightweight glass and the door trims feature opening loops. The sound absorption has been largely reduced. The rear seats have been omitted along with the Porsche Communication Management (PCM), though both are still available on request at no additional cost. 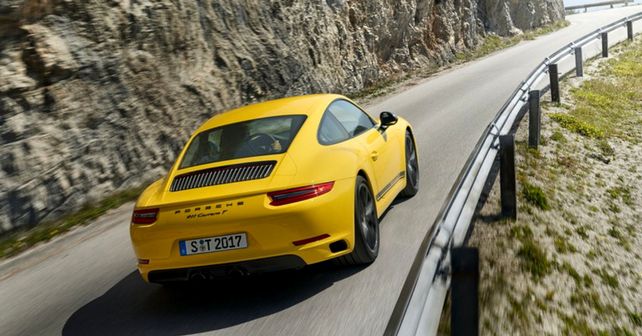 With such performance optimisations, it won’t be fair to not distinguish the T from the regular Carrera. So, at the front, the 911 Carrera T features an aerodynamically optimised front spoiler lip, and the ORVMs are painted in ‘Agate Grey Metallic’. From the side, the new model is distinguished by its 20-inch Carrera S wheels in Titan Grey. The 911 Carrera T logos are very much present as well. The rear view is characterised by the slats in the rear lid grille, and the sports exhaust system provided as standard, with centrally positioned tailpipes painted in black.

There are enhancements on the inside as well. The shortened shift lever with shift pattern is a bespoke feature of the Carrera T. The seats now feature an all-new ‘Sport-Tex’ fabric, with full bucket available as an option for the first time on a Carrera. Also present is a GT sports steering wheel with mode switch to select different driving modes. The decorative trims on the dashboard and doors are black, as are the door opening loops. A new addition is the T interior package, which is offered with the contrasting colours of Racing Yellow, Guards Red or GT Silver. 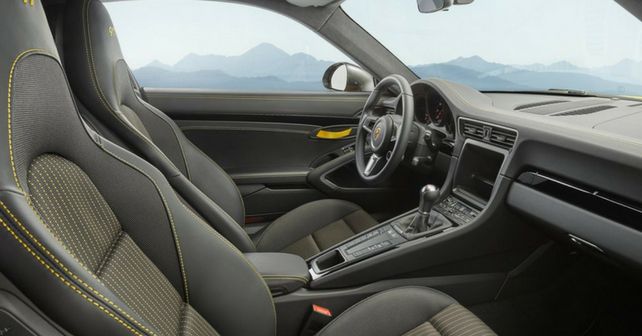 The 911 Carrera T is powered by the same 3.0-litre, boxer six-cylinder turbo petrol engine as the standard 911 Carrera, that churns out 365bhp and 450Nm. However, at 4.5 seconds, the 0-100km/h sprint is shortened by 0.1 seconds, all thanks to the weight savings. With the optional 7-speed PDK automatic, that time can be further reduced to 4.2 seconds.