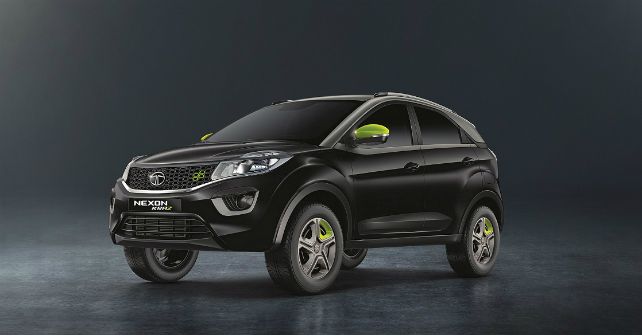 It gets exclusive Tromso black body, dual-tone roof and more.

To celebrate the first anniversary of the Nexon, Tata has launched a limited edition model. The Tata Kraz gets exclusive Tromso black body paint with a contrast sonic-silver roof. Other changes on the exterior include neo green accents on the front grille and the alloy wheels. Additionally, the ORVMs have also been painted in the same neo green shade. The exterior also flaunts the limited edition Kraz badging.

Inside, this anniversary edition follows a similar colour theme. The seat gets contrast stitching, and the air-con vents get neo green surrounds. There’s also piano black finish on the door handles. The centre console also flaunts the Kraz badge. 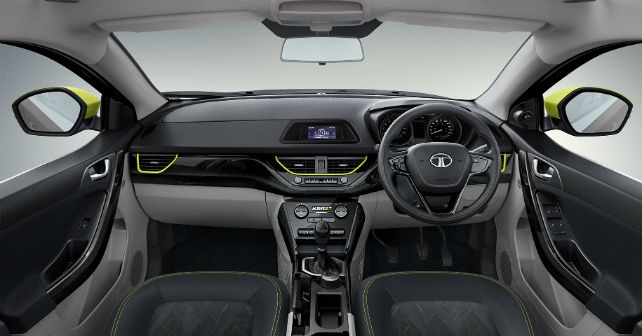 All these cosmetic changes aside, the Tata Nexon remains essentially the same. It continues to be powered by a 1.2-litre three-cylinder petrol motor and a 1.5-litre four-cylinder diesel mill. Both these engines make 108bhp, with 170Nm and 260Nm torque, respectively. Both engines come paired with a 6-speed manual transmission. Tata has launched this anniversary edition in two variants – Kraz and Kraz+ – with prices starting at ₹7.14 lakh for the petrol and ₹8.07 lakh for the diesel variant. Both prices are ex-showroom.

The Nexon has been registering good numbers for Tata. Averaging at about 4,000 units every month, it is the second highest selling Tata offering after the Tiago.