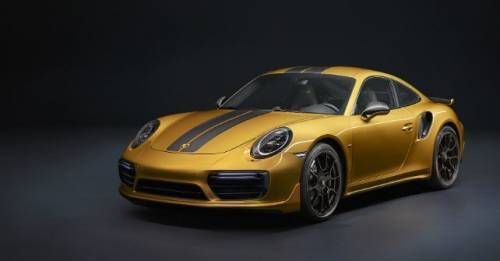 Two things that can be said about the world of automobiles – there is always room for another variant and more power is welcomed with a wide grin. The story of this limited-edition Porsche 911 Turbo S Exclusive Series is somewhat similar. As the name rightly suggests, the Exclusive Series is based on the 911 Turbo S. From the 3.8-litre twin turbocharged motor, the Exclusive Series makes 598bhp, which is 26bhp more than the standard 911 Turbo S. The torque rating, however, remains unchanged at 750Nm. The power is sent to all four wheels via a seven-speed dual clutch transmission. Despite the additional power, the 911 Turbo S Exclusive Series does the 0-100km/h dash in 2.8 seconds, same as the standard model. But continue to push the car, and the 200km/h speed can be achieved in just 9.6 seconds, 0.3 seconds faster than the less powerful 911 Turbo S. Top speed remains the same at 330km/h. 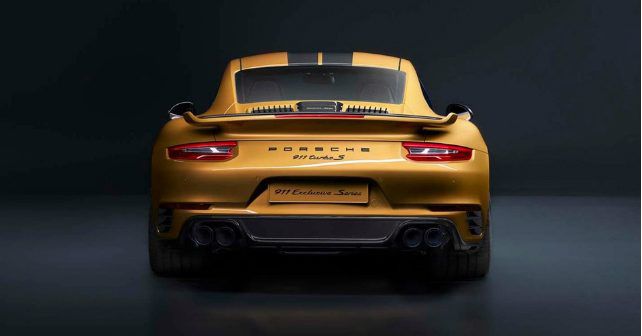 There are other differences between the standard model and this Exclusive Series too. The 911 Turbo S Exclusive Series comes in this flashy golden yellow metallic paint scheme that is complimented with carbon fibre add-ons to the roof, side skirts and the boot lid. At the back, it also gets a large wing and quad black tailpipes. The fenders flaunt the car’s limited run status.

And it isn’t just the exterior that is exclusive. On the inside, the perforated leather seats come with golden stripes and contrast stitching. The colour scheme continues on the headliner too and it also uses actual copper thread into the carbon fibre trim.