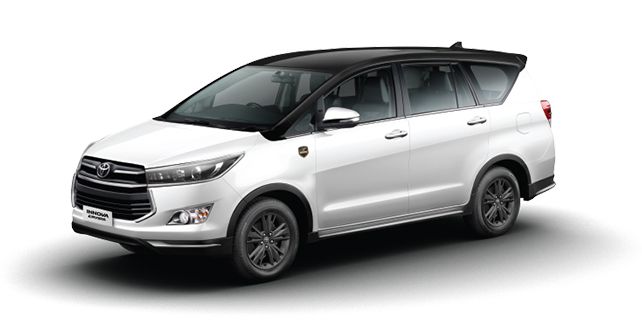 Toyota Kirloskar Motor (TKM) claims the Innova, since its launch in 2005, has been the preferred set of wheels of more than 9,00,000 customers! Well, to celebrate the nameplate's 15th year running, TKM has launched the Leadership Edition of the Innova Crysta, priced at ₹21.21 lakh (ex-showroom). Available exclusively in the 2.4 VX 7-seater (7S) trim, it is about ₹62,000 more expensive than the standard Innova (2.4 VX 7S) and about ₹76,000 less expensive than the corresponding Innova Crysta Touring Sport variant.

Visually, the Leadership Edition is based entirely on the Touring Sport version of the Innova Crysta - both cars share the same black-painted alloy wheels (same design), the chrome-lined body bidding and the chrome ornament on the front grille. Even the colour options (Wildfire Red & White Pearl Crystal) are the same.

However, there are some new bits on the Leadership Edition that set it apart. For starters, both colours are available with a dual-tone paint scheme (the roof and A-pillars have been painted black). There's a bespoke 'Leadership Edition' decal set on the front quarter panels and the boot lid. Inside, the upholstery design is different too, with the 'Leadership Edition' insignia stitched on the backrest. There's not much new in terms of feature additions - auto-folding ORVMs and a surround camera system (with 4 cameras) being the only new additions. 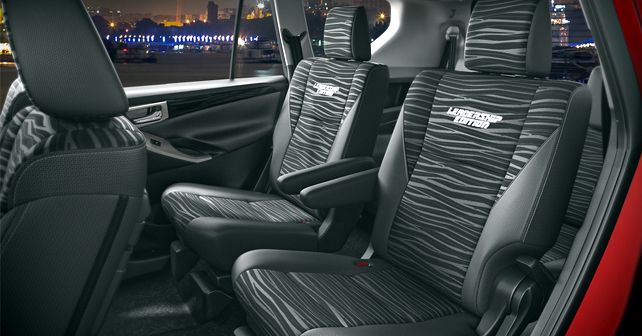 Unlike the standard Innova Crysta and the Touring Sport version, the Leadership Edition is on sale exclusively with the 2.4-litre diesel engine (BS-VI compliant) and a 5-speed manual transmission. Even the power & torque figures, at 148bhp and 343Nm, remain unchanged.