Upcoming A-Class sedan will be most aerodynamic production car 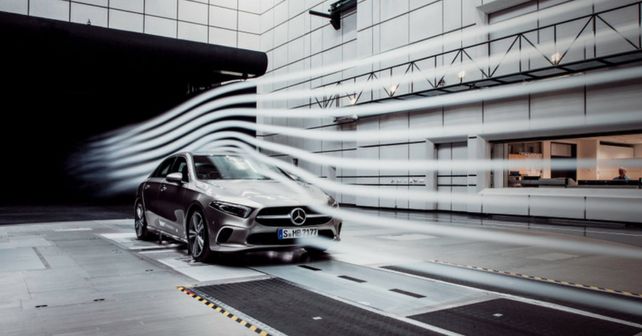 The upcoming new Mercedes-Benz A-Class sedan is claimed to be the most aerodynamic production car with a drag coefficient (Cd) of 0.22.

To achieve the record-setting number, Merc engineers claim to have optimised the front and rear wheel spoilers to route the air around the wheels as efficiently as possible. The rims and tyres also underwent aerodynamic fine-tuning. Depending on the market, an optional two-part shutter system behind the radiator grille will be offered, which will minimise the airflow through the engine bay.

The new A-Class sedan has already been revealed in its China-exclusive long wheelbase avatar. This Cd value holds true for both, the regular and long wheelbase variants. The former will be sold globally, and is yet to be fully revealed.

The A-Class sedan is confirmed to launch at the end of 2018. The car has the wheelbase of the hatchback (2729mm), and Merc claims that it will feature best in class rear headroom. The new A-Class sedan has been developed in Germany, and will be built both in Germany and Mexico.