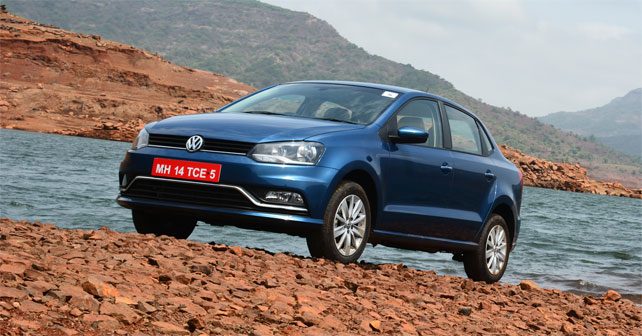 Volkswagen will finally launch the Ameo sub-4 metre sedan with a 1.5-litre diesel engine in India ahead of the upcoming festive season.

After entering the compact sedan market in June with only a petrol engine, Volkswagen will finally offer a diesel engine in India with the Volkswagen Ameo.

The Volkswagen Ameo which is based off the Polo hatchback will get the same 1.5-litre, four-cylinder turbocharged diesel engine that is found in the Polo and the Vento.

In the Polo, the develops 89bhp and 230Nm of torque while in the Vento the engine has been tuned to produce 108bhp. However, the engine might receive may be tuned differently for the Ameo which may change the power and torque outputs of the engine. As standard, the Ameo will come with a 5-speed manual gearbox, but a 7-speed automatic DSG gearbox will also be offered as an option.

In the segment, the Ameo competes with the popular Maruti Suzuki Swift Dzire, Tata Zest, Ford Figo Aspire and the Honda Amaze. But the Dzire and the Zest are the only cars in the segment that offer automatic options with diesel power trains, while the Aspire and the Amaze have automatic transmissions in the petrol powered versions.

While Volkswagen never confirmed why the diesel powered Ameo was delayed, it is likely that the company refrained from launching the diesel engine car in the wake of the global recall the company is being forced to make for emission cheat devices found in diesel Volkswagens in the international market. The recall also included the 1.5-litre diesel powered Polos and Ventos.

The petrol version has a starting price of Rs. 5.3 lakh for the base “Trendline” trim and goes all the way to Rs. 7.1 lakh for the “Highline” variant (ex-showroom Delhi), We expect the Ameo diesel base trim to start around Rs. 6.5 lakh (ex-showroom Delhi) looking at the trend of how the Polo and Vento petrol and diesel cars are priced. Because of the superior DSG automatic gearbox the automatic model will command a higher price.