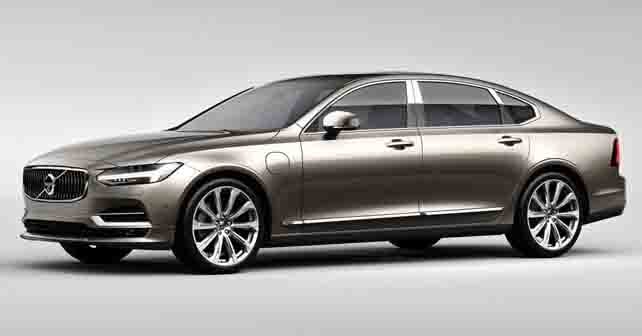 Volvo reveals the long-wheelbase version of the S90 saloon along with the top-of-the-line Excellence trim.

Considering the Chinese customers’ demand for long and luxurious cars, Volvo has revealed two new variants of the S90 saloon – S90 L and S90 Excellence. Like their names suggest, the former is a long-wheelbase version of the sedan while the Excellence is the new top-of-the-range variant of the car and is also based on the S90 L. As of now, both will be built and sold exclusively in China.

With the S90 L, the standard version of the saloon has been stretched by over 120mm. But while the S90 L is largely identical to the regular car, it’s the Excellence trim that’s grabbing all the headlines here. In this trim, all of the changes have been carried out inside the cabin. The most striking bit about the S90 Excellence is that the front passenger seat has been ditched so as to give the cabin a ‘Lounge Console’ feel. Apart from that the Excellence trim also gets a full panoramic roof, foldout worktables, a heated and cooled cup holder, an adjustable footrest and a built-in entertainment system featuring a large display. You do also get a rear-seat touchscreen control interface, a refrigeration compartment and those lovely handmade Orrefors crystal glasses.

For China, the S90 L will be available with T4 and T5 petrol engines along with the T8 plug-in hybrid. The S90 Excellence will only come with the T8. Production will kick start this month, albeit only for the Chinese market. Volvo may export the new variants, especially the S90 Excellence, to other global markets if there’s enough demand.

Since Volvo recently launched the XC90 T8 Excellence in India, you can expect the Swedish manufacturer to bring the top-of-the-line variant of the S90 saloon to India at a later stage - however, it's highly unlikely that it come as a long-wheelbase version.

Currently, Volvo in India is only concentrating on putting the S90 saloon on sale in the country. The S90 will be launched on November 4, 2016.