Volvo XC40 to get a clutter free interior 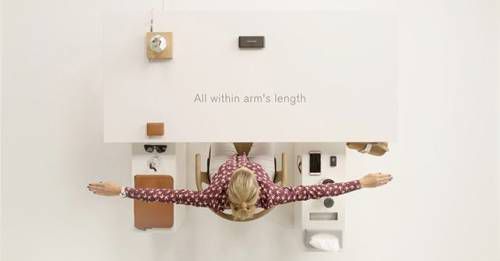 Volvo Cars has released a statement claiming that their upcoming XC40 will feature a clutter free interior cabin – designed to allow all essential items stored within arm's length.

Volvo’s customer research team is claimed to have spent considerable time studying how city dwellers around the world use their cars on a daily basis. With key emphasis on how and where they store their belongings. Customer feedback on the layout was also taken into consideration by designers for the layout of the cabin to find ways to improve storage spaces in the new XC40.

“As we spoke to people about how and where they store the things they carry with them daily; it was quite clear that most of today’s cars are falling short in this area. Phones slide around in the mid-console, takeaway bags are at constant risk of falling over and people fumble behind the wheel as they try to get service cards out of their wallets. We set out to solve these and many other issues we encountered,” says Louiza Atcheba, Model Brand Manager for the 40 Series at Volvo Cars.

With the new XC40, the door mounted speakers have been removed and feature an air-ventilated dashboard mounted sub-woofer. This has allowed for significant improvement in storage in the doors compartments as Volvo claims, they can either store a couple of water bottles or can also be used to store a laptop or a tablet. Both front seats will offer storage underneath for small items, slots for credit or service cards have been integrated into the dashboard in addition to many more features to make life easier.

“When we designed the tunnel the focus was not only on creating a nice design but also to ensure that cup-holders can be used as cup-holders and that the design itself provides areas for coins, cards or charging cables. Another focus area was to make a usable space for your phone which offers wireless charging as well as USB ports,” said Conny Ewe Blommé, Senior Design Manager at Volvo Cars.

“A lot we have done with the XC40 is based on extensive consumer insight. With the XC40, we declare the end of clutter, making sure that everything is within arms-reach but also out of sight. It’s about clearing the clutter so you can clear your mind,” concludes Atcheba.

Volvo will be giving the upcoming Frankfurt Motor Show a miss this year, however, the XC40 has been confirmed, by the manufacturer, to be revealed in the coming weeks. The XC40 will complete Volvo’s range of SUVs which will naturally be positioned below the XC60. It will be competing against the likes of Mercedes-Benz GLA, BMW X1, Audi Q3 and the recently introduced Jaguar E-Pace.