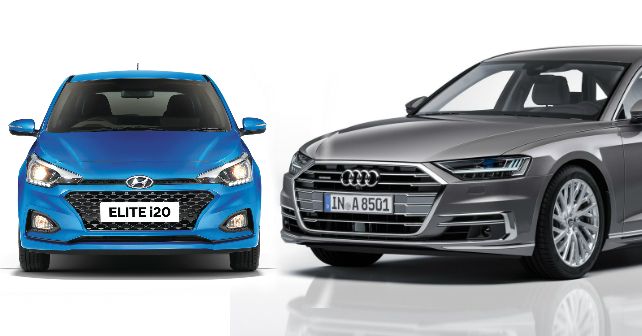 With this collaboration, both car makers intend to bring this technology to mass production cars at a considerably lower cost

It seems like a time of alliances. Earlier today, we reported that Ford and Volkswagen are exploring a strategic collaboration that will bring them together in several areas including developing a range of commercial vehicles. At the same time, Volkswagen-owned Audi has joined hands with Hyundai to push development of hydrogen fuel cell technology. This deal will see them cross-licensing patents and share non-competitive components. While the agreement is yet to be given the go-ahead from the regulatory bodies, both companies want to bring fuel cell technology to mass production.

Hydrogen happens to be a good source of energy for mobility. Apart from an impressive range and thereby longer fuelling intervals one of the key reasons that can lead to the success of hydrogen is its regenerative nature.

As part of the collaboration, Audi even announced that they will bring the first mass production hydrogen-powered car at the start of the next decade. Aside from that, the company only revealed it to be an SUV and will only be sold as a ‘small series production’.

Speaking about the collaboration, Peter Mertens Board Member for Technical Development at Audi AG said, “The fuel cell is the most systematic form of electric driving and thus a potent asset in our technology portfolio for the emission-free premium mobility of the future. On our FCEV roadmap, we are joining forces with strong partners such as Hyundai. For the breakthrough of this sustainable technology, cooperation is the smart way to leading innovations with attractive cost structures.”

Both companies in their own capacity have produced hydrogen-powered cars in the past. Hyundai’s first was ix35 Fuel Cell in 2013 and continuous development since then led them to recently unveil the Nexo – a fuel-cell electric with a range of 805 kilometres.

Meanwhile, Audi has had a little more experience in developing hydrogen-powered cars starting with the A2H2 concept in 2005. In 2014, the company revealed the A7 Sportback h-tron quattro. While the Ingolstadt-based carmaker has developed quite a few concepts, none of them have been put into production as yet.