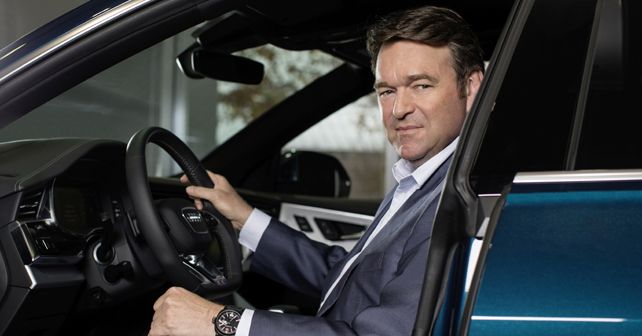 Acting as the interim CEO in the absence of Rupert Stadler since June 2018, Bram Schot will replace him as the chairman of the board of management at Audi AG, effective from 1st January 2019.

After officially severing ties with former CEO Rupert Stadler in October 2018, the supervisory board of Audi AG has now announced that Bram Schot, who had been chosen as the interim CEO in Stadler's absence, will take over as the chairman of the board of management at Audi AG starting from 1st January 2019. This means he will be heading Ducati, Lamborghini and Italdesign Giugiaro as well, along with Audi.

'With the appointment of a new Chairman of the Board of Management, we have laid important groundwork for Audi’s future orientation. As interim CEO, Bram Schot has already done a convincing job in recent months. He is pushing forward with the cultural change in his team and is effectively tackling the current challenges. With the benefit of a strong mandate, he will further accelerate the transformation of the company and lead the Four Rings to new successes,' said the Audi Supervisory Board Chairman and VW Group CEO, Dr Herbert Diess.

A part of the board of management for sales and marketing at Audi AG since September 2017, he will continue to hold this portfolio from 1st January 2019, temporarily. Born in the Netherlands, Bram Schot had previously been heading sales and marketing for VW's commercial vehicles division. In 2011, he left his position as President and CEO of Mercedes-Benz Italia to move to the Volkswagen Group.